Washington State has passed legislation that acknowledges and defends the legal standing of digital records related to distributed ledgers like blockchains.

The bill was taken for studying by the Washington State legislature on January 25, 2019. This new bill, ratified with a 96-1 vote, will take effect in July 2019. The new legislation has a provision preventing discrimination against digital records that were key component of a distributed ledger:

“An electronic record may not be denied legal effect, validity, or enforceability solely because it is generated, communicated, received, or stored using distributed ledger technology.”

The legislation also offered information on specific concepts like ‘what blockchain is’ and ‘how a distributed ledger network functions.’ This was not the first time states establish clear, cordial blockchain and cryptocurrencies regulations.

In March 2018, when Governor Bill Haslam signed legislation that “recognizes the legal authority of blockchain technology and smart contracts in conducting electronic transactions,” the Tennessee legislative body made a very similar push. Several companies, like banks and financial institutions, presently use varying blockchain systems to process payments and send or receive other digital currencies.

For example, Wyoming developed a rather cordial legal structure for space-operating virtual firms. This is constructive for the entire cryptocurrency space, as some other states and municipalities will attempt and lure firms attempting to find accommodating venues for their activities. Malta and Switzerland are by far the most popular business hotspots.

Binance, which is one of the largest crypto exchanges by trading volume, shifted its operations to Malta, an European Island. Japan also established concise rules for enterprises to follow and safeguard investors interests. Many hacks and attacks have impacted many people and investors worldwide. China and India have imposed a blanket ban on virtual currencies trading and investment.

Notably, Ohio lately tabled a bill linked to the deployment of distributed ledgers. In this example, House Bill 220 intends to permit Ohio’s government to employ blockchain-aided solutions. For example, blockchain could enable government to easily monitor and share personal information, such as car names and permits. 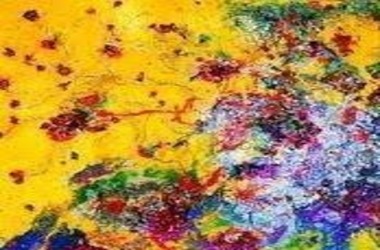