Whale addresses on the $XRP Ledger, owning between 100,000 and 10,000,000 crypto tokens (from $39,000 to $3.9 million), have dramatically expanded their holdings during the past five weeks, from 16.7% to 18.0% of the cryptocurrency’s circulation. As per on-chain consulting firm Santiment, XRP whales began to increase their holdings at the close of September and the beginning of October, when the value of the cryptocurrency began to surge as the U.S. Securities and Exchange Commission (SEC) and Ripple Labs sought to finish their litigation.

In 2020, the SEC filed a lawsuit against Ripple and two of its officials, claiming that they marketed unregistered securities by issuing $1.3 billion worth of XRP coins. Ripple disputes that XRP is an asset. The CEO of Ripple, Brad Garlinghouse, said earlier in 2022 that he expected the business will triumph in its legal fight with the government. A slew of major cryptocurrency companies, such as Coinbase and the Blockchain Association, have filed to endorse Ripple in recent weeks.

In the latest comment in favor of a move for summary judgment, Ripple’s attorneys said that the sec has not demonstrated that any solicitation or sale of XRP represented an agreement for investment within federal securities regulations. Ripple’s attorneys said that, even for trades “including the transfer of funds,” the SEC lacked to “prove that buyers committed that funds in a joint venture” as the Howey test required.

Analysts predict that an increase in XRP investors’ holdings might presage a substantial run-up in the value of the cryptocurrency as a greater chunk of its liquidity exits the marketplace and as the SEC’s lawsuit concludes. As stated by CryptoGlobe, cryptocurrency financial products giving access to XRP have experienced considerable inflows as investors witness the SEC’s lawsuit against Ripple as “increasingly volatile.”

Ripple’s settlement of the litigation might result in a liquidity crisis for XRP, which would likely result in a price increase since demand would stay constant while supply plummeted. As per XRP enthusiast and legal expert Jeremy Hogan, who has been monitoring the issue, this is a fact. Hogan has lately chimed in on a judgment in support of the SEC by a United States District Court against the blockchain-powered file-distribution network LBRY.

The court ruled that LBRY breached securities regulations by offering its native LBC coins without filing with the Securities and Exchange Commission. According to Hogan, the findings may be included in the SEC’s official filing in the Ripple lawsuit. 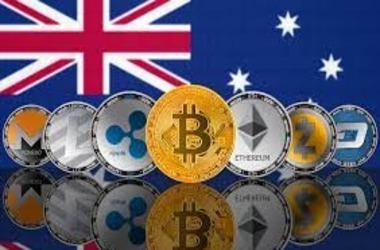