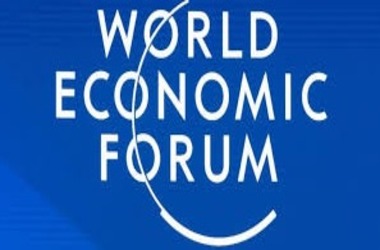 A report published by the World Economic Forum looks at how the adoption of blockchain powered systems can resolve the supply chain inadequacies and breakdowns that have been revealed by the coronavirus pandemic.

Along with the report, the WEF has rolled out a blockchain installation toolkit aimed to help government and enterprises in aligning with their supply chains to the prevailing economic scenario and to “accelerate an economic rebound post-COVID-19.”

The report, released on April 28, maintains that the endurance of private and public supply chains were trialed during the Covid-19 outbreak, highlighting that the supply chains of medical products, pharmaceutical goods and food are the sectors that have been hit heavily.

The report contends that the ability of supply chains depends on transparency, supporting the implementation of distribution ledger technology to build a “shared truth” among supply chain participants.

The Switzerland based World Economic Forum is a non-governmental institution established in 1971 to involve leaders in academia, business and politics on prime economic problems associated with the improvement of worldwide economy.

To help businesses and governments to employ blockchain powered supply chain solutions, the WEF has also rolled out its “Redesigning Trust: Blockchain Deployment Toolkit,” which is aimed to facilitate “leaders to maximize the benefits and minimize the risks” linked with DLT.

The process of designing the toolkit took more than a year, with inputs from over 100 public and private companies across 50 countries, including Maersk, Deloitte, the World Food Program and the World Bank.

Nadia Hewett, the blockchain and digital currency project at WEF USA, said “The blockchain deployment toolkit is essential for designing solutions that work for a multitude of actors, including smaller players who may not have access to the resources required to unlock the value of blockchain technology.”

The DLT toolkit has been trialed for several purposes by Hitachi, Saudi Aramco, and small and medium-sized enterprises.

A rising number of top enterprises and organizations have taken lead in comprehensive programs to implement blockchain throughout their supply chains in past few months.

Quah Ley Hoon, the chief executive of the Maritime and Port Authority of Singapore, said “We see an acceleration of digitalization in Maritime Singapore, which has improved productivity and efficiency of the sector. Blockchain has tremendous potential applicability in areas such as bills of lading, cargo-tracking, and trade financing.”

The UAE is also nearing the last date for finishing its Emirates Blockchain Strategy 2021, an arduous program with the objective of moving 50% of governmental dealings onto DLT-powered platforms.

Rupert Colchester, IBM Australia and New Zealand’s head of blockchain, stated that several enterprises are adopting DLT solutions throughout their supply chains in retaliation to an increasing consumer need for transparency.

Colchester believes that “consumers are demanding a totally new level of transparency.”

He further stated that “consumers reward the supply chain when the transparency and sustainability is there.”

Notably, earlier in April, Farmers Hen House had started printing QR codes on their package to permit consumers to track the origin of eggs.