Ripple Labs and its CEO Brad Garlinghouse have submitted a lawsuit against YouTube for behaving as an accomplice in a series of successive ‘XRP giveaway’ scams.

Ripple Labs filed a case against YouTube LLC in the Northern District of California on Tuesday (April 21, 2020).

The plaintiffs, mentioned as Ripple Labs and its CEO Brad Garlinghouse, are taking initiatives against YouTube to “prompt an industry wide-behavior change and set the expectation of accountability,” as per an official company blog post.

Ripple and Garlinghouse has pointed out that the scam, referred to as “The XRP Giveaway” has already swindled unsuspicious people of “millions of XRP valued at hundreds of thousands of dollars”.

The scam depends on phishing attacks against legal YouTube channels, as per the filing. Utilizing a fraudulent email, the hackers take control of the YouTube channels run by content creators, with most of them having genuine relationship with Ripple.

Viewers of those channels are then advised to transfer “between 5,000 XRP and 1,000,000 XRP” to a quoted address by guaranteeing 5x returns from the receiver.

The lawsuit indicates that YouTube is aware of the repercussions of its actions and still benefits from the initiatives of scammers, in spite of having a capacity to stop them.

The filing further points out:

“YouTube profits from the Scam by knowingly selling paid ads on behalf of the fraudsters who are impersonating Ripple and Mr. Garlinghouse. These ads — so-called ‘video discovery ads’ — are designed by YouTube to appear at the top of its search result page alongside organic search results.”

Ripple cites many examples where YouTube gave validation insignias to channels which went under the control of scammers.

Ripple asserts that it had submitted 49 knock down requests to YouTube in relation to the scandal dated back November 2019.

In addition, 305 complaints were submitted against channels mimicking Brad Garlinghouse, in particular, the document points out. The complainants’ blame that irrevocable damage has happened to both Ripple’s brand and Brad Garlinghouse standing. That damage was aggravated by YouTube’s presumed “deliberate inaction,” as per the lawsuit.

“YouTube’s deliberate inaction has irreparably harmed — and continues to irreparably harm — Ripple’s brand and Mr. Garlinghouse’s reputation. YouTube’s inaction has also injured countless individuals who fell victim to the Scam. These harms will continue to grow in scope and severity absent intervention by the Court.”

The lawsuit demands legal and disciplinary compensation for the damages caused, and a retribution of any gains made by YouTube during the time when scams were active. 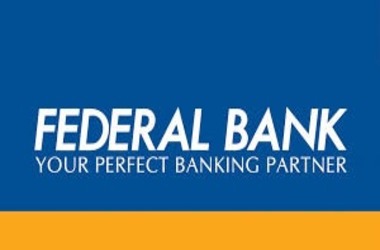