YouTube continues to maintain its offensive tactics when it comes to cryptocurrencies. On May 11, Cointelegraph’s livestream session planned for the entire day, covering Bitcoin’s third halving event, was closed forcibly after six hours and 42 minutes.

Until the live streaming got blocked, Cointelegraph was able to conduct the program without a glitch, with participants such as Tim Draper, Meltem Demirors, Roger Ver, and several more sharing their opinion for almost seven hours.

Notably, as mentioned above, at the end of six hours and 42 minutes, the live stream was blocked and deleted. Over 2,000 viewers lost the live transmission.

YouTube is well-known for such unwarranted prohibitions and voluntary censorship of cryptocurrency related programs. 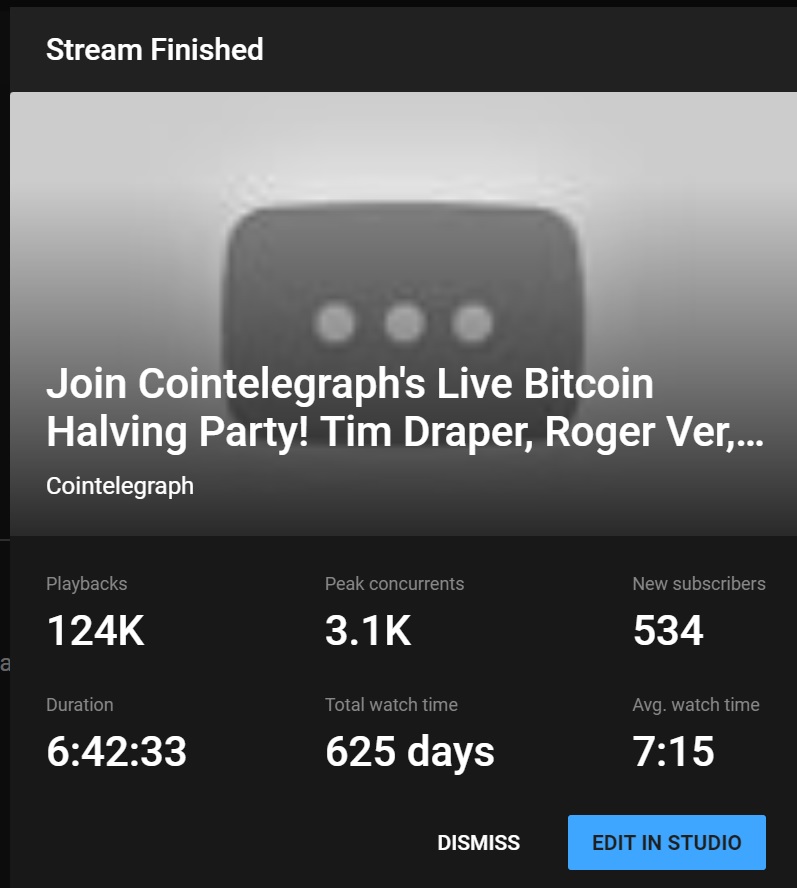 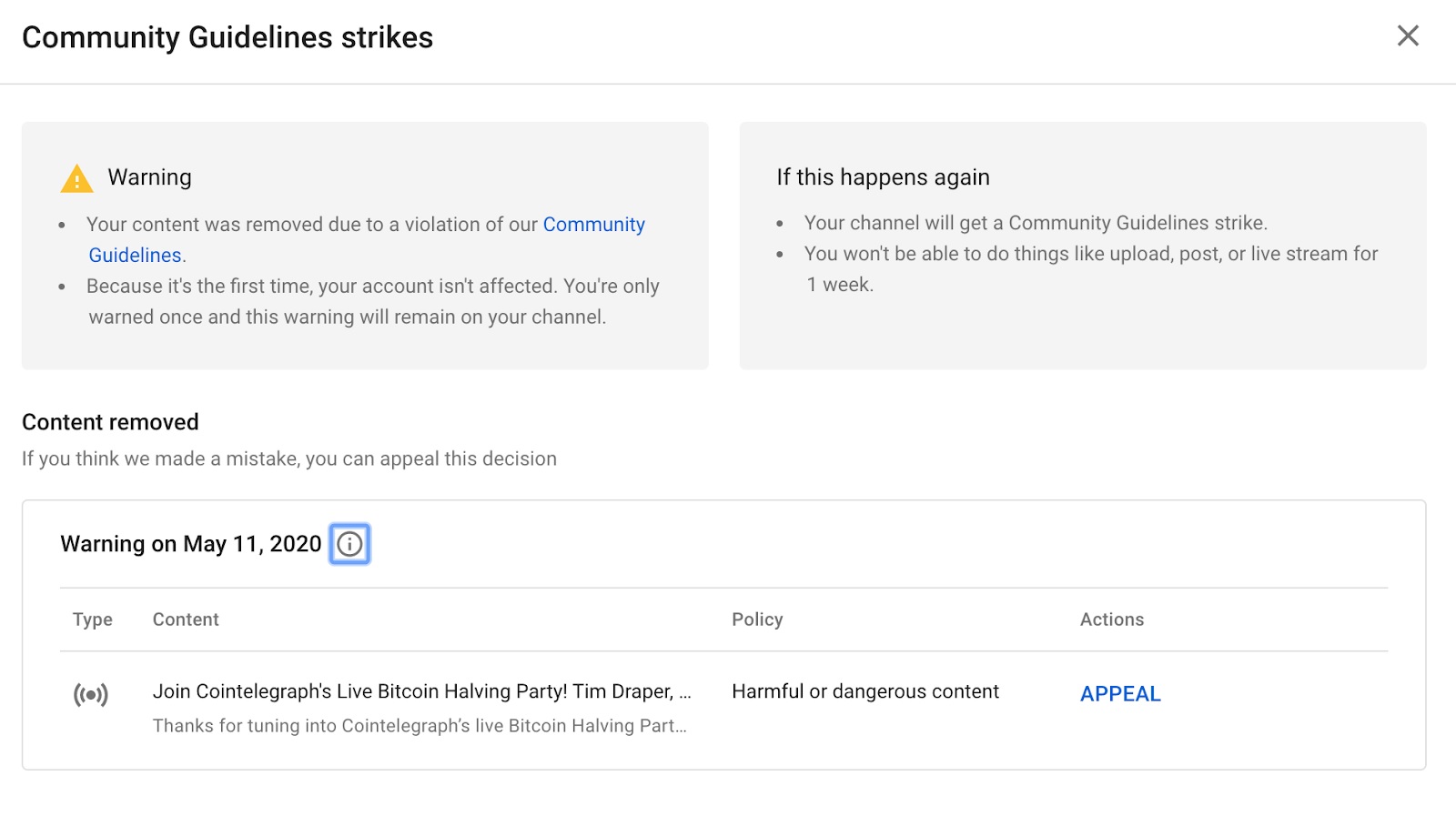 Cointelegraph has stated that the sudden blocking by YouTube has raised a lot of queries. As YouTube follows opaque policies, Cointelegraph was unable to explain the reason immediately to its viewers.