The Australian government is studying the application of blockchain-based “smart money” in its National Disability Insurance Scheme (NDIS). Dubbed as “Making Money Smart,” the trial has been an outcome of joint work by the Commonwealth Bank of Australia (CBA) and Data61, which is a digital innovation center that is an integral part of the Commonwealth Scientific and Industrial Research Organisation (CSIRO). Notably, CSIRO, a corporate entity under the Australian government, is occupied in scientific research to improve varied local industries.

According to CSIRO’s press release, Data61 has classified smart (or programmable) money as funds that “knows what it can be spent on, who it can be spent by, and when it can be spent”: a blockchain-powered digital token that can be utilized for expenses according to compulsory, pre-specified rules. Additionally, a distributed ledger also guarantees there is an irreversible and auditable record for its payment outflow and circulation.

Data61 says that NDIS was selected for the proof-of-concept (PoC) as it “involves highly personalised payment conditions,” laying out how under NDIS, people obtain precise amounts of funds to expend on a variety of goods and services given for by the program.

The press release remarks that the government’s Digital Transformation Agency (DTA) has been studying a blockchain solution for welfare disbursement since May. Data61 has stressed that the Smart Money experiment utilizes a token facility that could in future be incorporated with Australia’s Innovative Disbursement Platform.

Data61’s Dr. Mark Staples highlighted that beyond its application for conditional, parametric disbursements in welfare frameworks, the innovation has far-ranging prospective for the business world. He cited in the press release that programmable money can minimize hostility and assist firms to “create new business models and innovative ways of delivering and paying for products and services.”

Apart from NDIS, key activities are underway in Australia to incorporate blockchain across both the government and the financial industry. This July, IBM entered into a five-year AU$1 billion ($740 million) agreement with the Australian government to utilize blockchain and several latest innovations to upgrade data security and automation across federal offices such as defense and home affairs. 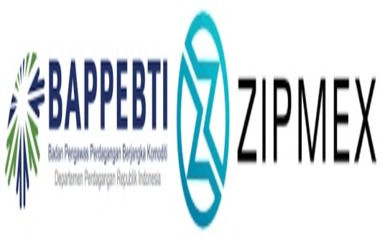