Bitcoin Core development team has implemented the 19th update to the Bitcoin’s original protocol which has been running for the past 11 years. The update was carried out on November 24th.

As per a disclosure made by Aaron van Wirdum, the updated version 0.19.0.1 offers several new features, including bug fixes. Overall, 550 merged pull requests contribute to the improvements.

Furthermore, for the first time, the “bech32” address format (BIP 173) is pinned as the default choice in the Bitcoin Core wallet Graphical User Interface (GUI). In early 2018, it was initially unveiled with version 0.16.0.

Bech32 has several changes, the significant one being the lack of distinction between lower and upper case letters. Additionally, the address format will begin with “bcl” rather than 1 or 3. As a result, the addresses will be a little longer compared to the earlier format, but with less number of characters. The changes are mainly aimed to reduce the margin of human mistakes because of typos.

Besides, Bech32 is supposed to improve interoperability with SegWit wallets. Currently, the trades will require minimum data to be transferred over the Bitcoin network and consequently incorporated in the blockchain which will minimize expenses.

Van Wirdum elaborated that the amended software client also enables users to establish a pruned node straight away after setup. Interestingly, it is possible even for users who face limitations on disk space.

In an attempt to crush any partitioning assaults, the setup has been modified such that nodes will now have to create more links with each other. Bloom Filters is a way for light clients such as the one running from mobile phones, to plea appropriate info emanating from full nodes on the network. Following the protocol amendment, Bloom Filters have now become outdated as they are perceived to lack enough strength to ensure privacy.

The latest Bitcoin Core release is out today.

A selection and explanation of some of the more notable changes:https://t.co/XCjiLO8D6u

Version 0.19.0.1 is advancing towards backing a newer protocol referred to as “compact client-side block filtering” (BIP 158), rather than utilizing Bloom Filters. The latest solution primarily inverts the functioning of Bloom Filters. That will enable light clients to utilize filters to assess whether trades crucial to them have taken place in a block.

Additionally, Bitcoin Core 0.19.0 has ditched payment protocol (BIP 70) from its GUI. The termination was done because it was never adopted in a big way and also numerous wallets currently utilize the more fundamental URI program (BIP 21) to obtain payments.

Other feature supported by the update is the Partially Signed Bitcoin Transactions (PSBT) protocol that is very much necessary for CoinJoin and multi-signature trades. Last month, Greg Maxwell, a popular Bitcoin Core developer, criticized the unwanted fear of a 51% attack on Bitcoin network.

He further argued that any solution to erase the threat will always lead towards centralization of the network. Therefore, such an idea, according to Maxwell, is a bigger threat to the integrity of the network. 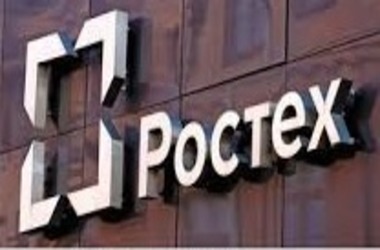