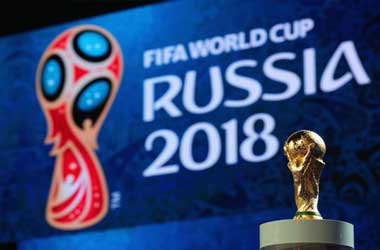 The 2018 FIFA World Cup in Russia begins in just two weeks and many are expecting it to help boost the price of bitcoin as millions of football fans are expected to enter Russia to watch the beautiful game.

Making card payments in Russia are not very easy or reliable anymore. This is mostly because Visa and MasterCard – two of the most popular card payment providers in the world have blocked credit card services to some Russian bank customers because of US sanctions back in 2014.

Though a workaround has been implemented, there are still problems when they try to process card payments in the region. Russia are also looking to criminalize use of cryptocurrencies as a payment form by July 1 which will be in the middle of tournament.

This is why quite a few people have decided to turn to bitcoin and other cryptocurrencies to help them pay when they are in Russia. In May, some hotels in Kaliningrad, one of the Russian cities hosting some of the World Cup games, announced that they would be accepting bitcoin as payment. A number of airlines and bars in the country quickly jumped on the bandwagon and confirmed that they would also be accepting bitcoin as payment.

This is a good sign for bitcoin since the cryptocurrency has suffered in recent times due to its high transaction fees. This makes it difficult for people to do small payments when the fees are actually more expensive than the item or service they are paying for. The high fees have affected how bitcoin has performed as a means of payment. During the tail-end of 2017, there were around 400,000 bitcoin transactions daily. Now, there are only around 200,000 transactions.

In a statement, Thorsten Koeppl, an economics professor at Queen's University in Canada, said:

The value of Bitcoin is partly driven by its potential as a payments tool and, before the fees rose along with the price, there were people using Bitcoin for international transfers. This has become more expensive to do now. But the price is still being supported

One of the drivers of bitcoin prices is utility as a way to purchase goods and services. The more it is used, the higher demand for it will be – which will raise the price of the cryptocurrency.

Bitcoin has fallen a long way from its heights of one bitcoin to $19,000. It has also been experiencing a bit of a slump recently. The Blockchain Week in New York was supposed to reverse the downward trend but it seems people are still wary of it. One will have to wait and see if the 2018 FIFA World Cup does help boost bitcoin’s value.

Bitcoin ABC To Go Ahead With Controversial Hard Fork