Tone Vays, a cryptocurrency analyst, had forecast that if the price of Bitcoin stays above $8,600 then next round of selling can be expected near $8,800. At the time of writing this article, Bitcoin was trading at $8,624, up 1.6% in the past 24 hours.

It seems that Bitcoin is going through a strong reversal as the price continues to hold above the descending channel’s trend line almost a day.

As of date, BSV has appreciated by over 300% in the past 10 days. It seems that BSV’s appreciation was mainly led by the rumor that Bitcoin SV supporter Craig Wright gained access to the private keys of the Tulip Trust.

For quite a while, Wright has been involved in a court battle with the estate of ex business associate Dave Kleiman. Of late a Federal Court judge prolonged the time frame Wright has to give back more than half of his Bitcoin possession to the estate. 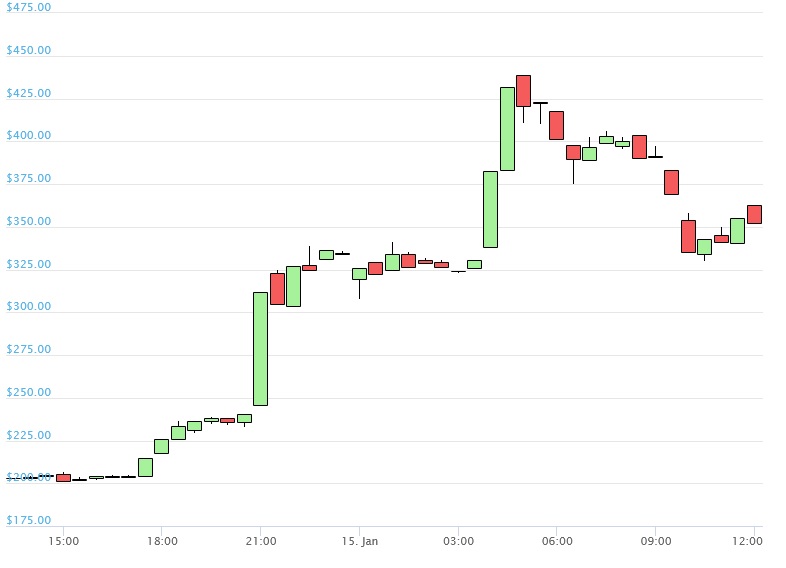 Wright is allowed time extension until February to discover the private keys to the Bitcoin he possesses.

The trust is said to possess 1.10 million Bitcoin, valued at over $9.50 billion at current valuation.

If the information is true, investors and advocates of Bitcoin SV might by purchasing BSV or exchange their present Bitcoin they possess for the altcoin under the presumption that Wright may convert his Bitcoin holdings to BSV through the crypto market.

Traders will closely monitor the BSV rally to keep abreast of developments including possible price correction.