Blockchain Based App Building Tool Esprezzo To Run On VeChainThor

Blockchain Based App Building Tool Esprezzo To Run On VeChainThor 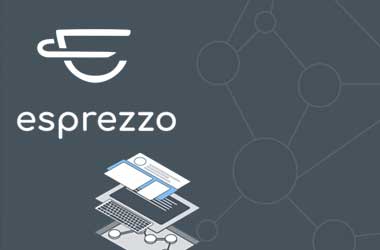 Building a blockchain network without prior experience is not an easy task. Many enterprises are hesitant to leverage the full potential of blockchain technology because of the manpower and other resources they need to employ in addition to the existing software programmer in the company. This issue is resolved by Esprezzo, which is offering tools to build data-rich applications on blockchain in a quick and efficient manner. Furthermore, the tools also make sure that the blockchain application being developed is cryptographically secure. Esprezzo has built the tools on the VeChainThor platform. Using Esprezzo blockchain based applications can be built on VeChainThor and Ethereum.

Esprezzo’s tools are designed to build blockchain technology based decentralized applications that can communicate with off-chain business data. This allows realizing the benefits of blockchain technology in the real world. Ultimately, this enables businesses to cut costs and improve efficiency.

Commenting on the decision to use VeChainThor platform, Remy Carpinito, CEO of Esprezzo said

“VeChain is one of the most loyal, dedicated and active communities I’ve encountered. While attending a VeChain meetup at Blockchain Week in New York, I was struck by the energy and excitement of the VeChain community. The Esprezzo team and I are proud to partner with the VeChain Foundation in our collective vision to bring the benefits of blockchain to everyone.”

The Esprezzo platform has been designed to aggregate data from multiple blockchains, legacy data bases, smart contracts, various external sources, and oracles to a unified API, which offers all that is needed to build advanced applications that cater to the next generation of the web.

The tools offered by Esprezzo include SDKs, GraphQL interfaces, REST, API services to provide access to the popular public and private blockchain networks, a library of smart contracts that can be easily deployed, and suitable access to real world data via oracles, among others.

Esprezzo’s aggregator is a consensus-based, P2P network protocol that includes a number of domain specific side chains, a distributed ledger, and a crypto token, which is capable of transacting at high speeds. Esprezzo’s platform dashboard will offer better insight into Dapp adoption and performance.

EZPZ, the native tokens of the Esprezzo platform, is used to validate transactions. Furthermore, EZPZ tokens will be used to acquire resources on various platforms that are being integrated. The minted tokens will run on the VeChainThor platform. Esprezzo has decided to receive at least 50% of token sale funds in VET. Additionally, the VET tokens will be held by Esprezzo at least until the project gets completed. The tokens will be sold only if all other resources are exhausted.

There will be a maximum supply of 5 billion EZPZ tokens, offered in three tranches. The three tranches are private round, which is currently in progress, the VeChain Foundation round for X Node holders, and the public round. The private sale is hard capped at 30% of the total intended supply. The exact ratio of VET to EZPZ tokens for distribution will be decided and announced later. Esprezzo has also roped in Sunny Lu, VeChain’s CEO as the strategic advisor.

No, Bitmain is Not Conducting an IPO to Dump Bitcoin Cash