Blockchain.com, which offers cryptocurrency wallet in addition to blockchain data, intends to back the ruble (RUB), Russia’s national currency.

Even though some big exchanges like Binance have started supporting the Russian ruble, the government of Russia is yet to pass a law endorsing crypto in the country.

Two days before, Blockchain.com revealed its future roadmap – “The next era of crypto and 1B wallets by 2030.” According to a post made by Peter Smith, Blockchain.com CEO and co-founder, the firm intends to support Russian ruble as part of its objective to increase its prevailing user base of roughly 50 million crypto wallets to over 1 billion by 2030.

As per the post, Blockchain.com will unveil Russian ruble support “in the coming weeks.” The intended roll out is an outcome of a supposed demand to trade crypto from a huge chunk of Russian users of Blockchain.com. The firm stated:

“We’ll be one of only a handful of exchanges that support the Russian Ruble. Russian users already make up a large portion of our traffic and exchange volume. We’re excited to make it easier for Russian users to trade crypto in their local currency.”

The Russian ruble will turn out to be the fifth fiat currency supported on Blockchain.com, Smith cited. Other fiat currencies which are already supported are the US dollar, the euro, the British pound, and the Turkish lira.

London-headquartered Blockchain.com is one of the world’s leading crypto firms, accounting for 27% of all Bitcoin (BTC) trades since 2012.

Wirex is now better than ever in #Russia! ???

Verified Wirex customers in Russia can now top-up with their bank-issued credit or debit card to their Wirex account in order to quickly and easily buy digital currencies (such as #BTC #ETH #LTC #XRP #DAI #WXT) on the platform. pic.twitter.com/WIDLPSwEQL

At that time, Changpeng Zhao, CEO of Binance, revealed that Russia is one of the top 10 markets for Binance.

Notably, Russia’s cryptocurrency regulation is yet to be implemented.

Since tabling the first crypto bill in 2018, the domestic government has been continuously postponing its adoption against the backdrop of difference of opinion about cryptos among various government officials.

The latest slow down on the implementation happened in the final week of March when Russia postponed adoption due to Covid-19 outbreak.

Anatoly Aksakov, chairman of the Russian State Duma Committee on Financial Markets, stated that the forthcoming rule will limit the usefulness of cryptocurrency as mode of payment in Russia.

The central bank of Russia’s legal executive said March 16 that the bill would prohibit the distribution and circulation of cryptos.

As per recent news reports, Russian legislators are looking at the option of making crypto transactions illegal with penalty of up to 2 million rubles ($28, 240) and jail-term of up to seven years. 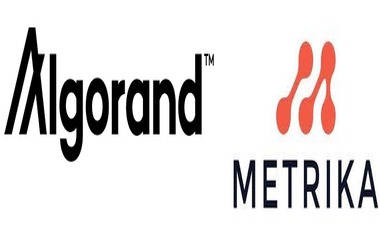