Grid+, a recently established blockchain startup operated by ConsenSys, has successfully begun to distribute electricity to its customers in Texas. ConsensSys, the largest blockchain software company in the world, was founded by Ethereum co-creator Joseph Lubin.

By using one of a kind hardware gateway system and a blockchain solution, the startup has been able to dispense renewable power like solar and wind energy to clients all through the US on the Ethereum mainnet.

Ethereum co-creator Joseph Lubin, who has of late increased the size of ConsenSys team to 900 employees, said

Decentralized Energy Distribution and its importance

The hardware and software heap of Grid+ are used to handle real-time payments for energy, permitting clients to mechanically purchase and sell power using Smart Agents function.
For huge properties that consume considerable electricity on a daily basis, factories for example, it is possible to deal with numerous payments within a short span of time to buy and utilize energy that they require without procuring huge supply of energy at a single stretch.

Through renewable energy sources, it is still hard for grid operators to completely maximize their supply. In Chile last year, when domestic solar power plants excessively produced solar energy, native grid administrators had no effective method of storing and dispersing energy all through the country and had to allocate its supply of electricity for free.

Over the past few years, particularly in the deregulated marketplace of renewable power, the need for dependable distributors of power has increased considerably, with renewable sources of power including wind and solar energy securing 20% of the US market share.

Aiming at the deregulated marketplace of renewable energy, ConsenSys created a method that utilizes the Raiden Network, a scaling solution on Ethereum that is frequently portrayed as the Ethereum network’s Lightning, which permits decentralized applications (dApps) and clients to handle micropayments on the Ethereum network with minimal fees.

Commenting on the operations, Grid+ and ConsenSys team said

“Through this experience, ConsenSys identified the opportunity to form Grid+, which will build natively Ethereum-based utilities in deregulated markets. Grid+ will demonstrate production ready blockchain-based energy solutions at scale in competitive commercial environments in order to enable the transactive grid of the future and prove the advantages of Ethereum over incumbent technologies.”

The incorporation of Raiden Network and a second-layer scaling solution may turn out to be a historic step towards allowing second-layer scaling for mainstream clients at a large-scale. Presently, the Ethereum network is capable of processing around 12 transactions per second on its mainnet, but for a network such as Grid+ that basically depends on Internet of Things (IoT) devices, a minimum of thousands of transactions per second is required.

In the past nine months, a rising number of dApps have begun to use platforms such as 0x and Raiden that concentrate on minimizing the load on the Ethereum mainnet to maximize transaction ability, which is helpful for Ethereum even if it starts processing tens of thousands of transactions per second in the upcoming years. 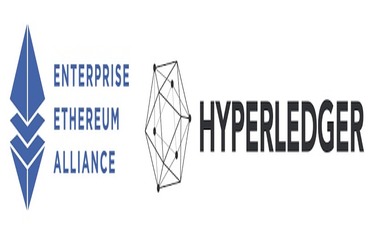