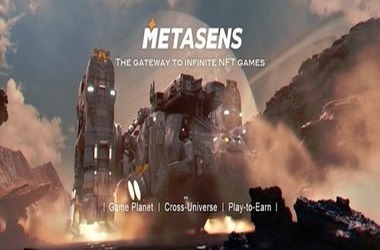 With the rise of the blockchain and cryptocurrency industries, initiatives relating to the “metaverse” and “NFT” have been emerging at a fast pace in recent years. Imperial Technology Group Limited, the leader of the Asian gaming industry in Hong Kong, has also announced plans to enter the “Meta-Universe” market and launch “METASENS Meta-sensitive Universe,” which would establish a massive meta-universe game world for worldwide players in the new age of Web3.

The METASENS Universe may be compared to a cosmic amusement park, with several themed planets each featuring its own set of gaming attractions. It is possible to participate in competitive games and role-playing games on select planets. On another world, you may engage in horse racing, farm management, and other activities. In METASENS, everyone may discover their dream environment on a variety of planets.

In the future, METASENS will welcome gaming or IP-owning enterprises from across the globe to participate in the development of an open metaverse ecosystem. Each game that is featured in the project will have its own planet, which will allow for the creation of a self-contained economic cycle inside the planet game, thanks to the use of blockchain technology.

To create the first NFT game, METASENS will collaborate with Asia’s leading NFT curation expert, EchoX, to develop the game. The application will be available to the general public on November 24, 2021. The Metasnake first-purchase activity will also be activated at the same time as this event. Players must participate in community activities or be selected by chance to be included on the whitelist in order to be eligible for the premium purchasing privilege.

Additionally, on December 11th, 2021, at 0:00 a.m. (UTC+8), the results of the ETH panic-buying staking activity will be disclosed. There are projected to be a total of 5,000 Metasnake Genesis sold during the above-mentioned events. Metasnake will be available for purchase on the market in the spring of 2019.

Aside from that, METASENS users are encouraged to construct “HOLOSENS,” which is an open environment on each planet that may be altered in 3D by gamers or game designers. It is possible to design your own perfect character in this sandbox mode, connect with other players by utilising the NFTs you get on each planet of METASENS, construct your own house, or participate in scenarios or games put up by other players, and interact with other players in HOLOSENS.

In order to expedite the advancement of METASENS, the Imperium Technology Group Limited invested in an entirely devoted developing and executing company, Otey (a Singapore company), which is accountable for the entire business growth of METASENS by assembling the talented individuals in Asia to form a professional team.

Several of the members of the game project team are seasoned game developers who have worked on multi-million dollar mobile games and massively multiplayer online role-playing games (MMORPGs) throughout the globe. In addition, a large number of award-winning game artists and expert developers with tens of thousands of games under their belts have been recruited to work on our in-house game production team.