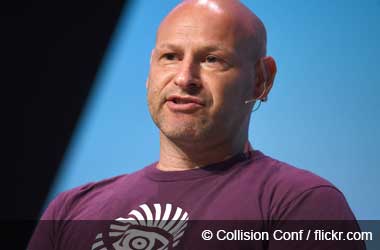 According to Joseph Lubin, the co-creator of Ethereum, the wild volatility of Bitcoin and other major cryptocurrencies is beneficial to the crypto market, as it shakes out speculators and allows developers to focus on building core infrastructures.

Since December, the valuation of the cryptocurrency market has fallen by nearly 78 percent, from $900 billion to $195 billion.

Still, Lubin stated that the developer activity of some public blockchain networks has increased significantly, expressing his optimism towards the long-term growth of the market.

We’ve seen six big bubbles, each more epic than the previous one, and each bubble is astonishing when they’re happening but when you look back they look like pimples on a chart. With each of these bubbles we have a tremendous surge of activity and that’s what we’re seeing right now.

Ethereum Developer Activity on the Rise

Last month, at TechCrunch:Sessions held in Zug, Switzerland, Coinbase CTO and prominent venture capital investor Balaji Srinivasan echoed a similar sentiment, stating that the crypto market has went through the pattern of bubble-crash-build-rally since 2012.

During his interview with Bloomberg, Lubin emphasized that while the “trader types” have been driving volatility in the market, developer activity around public blockchain networks has not been affected by the slump in the price of major cryptocurrencies.

Already, some blockchain software companies in the likes of Lubin’s own ConsenSys, have hundreds of developers building infrastructure and second-layer solutions on top of the Ethereum blockchain network to ensure decentralized applications (dApp) can function on the public blockchain network without facing scalability issues.

In regards to the abrupt fall in the price of Ether to $251 from $1,500 in January, Lubin said that in a market that is still at its infancy and is experiencing rapid growth, it is normal to see such a high rate of volatility.

In June, some analysts estimated the number of developers in the Ethereum ecosystem to be over 250,000 developers, which is more than the total number of programmers in the entirety of Silicon Valley in 2013.

Blockchain development is complex and requires a specific set of skills that are demanded in solving unprecedented problems related to cryptographic systems. Deploying core solutions on top of the Ethereum protocol for dApps is even more difficult, as scaling the blockchain requires problem solving in data processing in a decentralized manner.

In the bull market of 2017, the issue was that the vast majority of developers preferred not to develop core solutions for the Ethereum network and create initial coin offerings (ICOs) instead, as it was possible to raise many millions of dollars without any product in place during a time when investors were willing to take high-risk and high-return investments.

In the bear market, less investors have continued to back token sales and allocate their funds in high-risk investments, pushing the dominance of Bitcoin beyond 50 percent.

Bear Market is Crucial to Build

Consequently, Lubin implied that regardless of the short-term price trend of the market, developers in the ecosystem are consistently building innovative solutions to improve the blockchain sector as a whole without pressure from the market, and in that sense, bear markets are crucial for the long-term state of the sector.