China’s Center for Information and Industry Development (CCID) has published its 15th rank list of blockchain focused firms, in which Ethereum has been given second place following the latest hard fork.

A total of 35 crypto assets have got a place in the rank list.

EOS (EOS) has taken up the top spot once again, with Ethereum moving up one place higher to the second position. Tron (TRX), which held the second place in the previous ranking list, dropped to the third position.

To a certain extent, Ethereum’s promotion to the second place can be attributed to the network update carried a few days before. 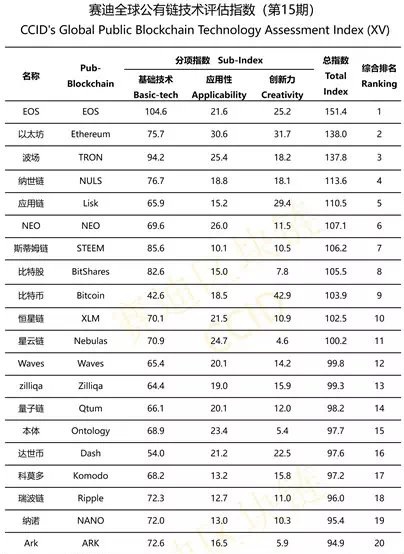 Vitalik Buterin, co-founder of Ethereum blockchain, had stated that the network will hit more than 3,000 transactions per second after the protocol upgrade.

The upgrade received positive response from major cryptocurrency exchanges. Many of them updated their nodes days before the hard fork was implemented. Despite this, some professionals have pointed out that the upgrade is not sufficient and that Ethereum is no way near from transforming into a “world computer,” as it was initially commercialized.

Latest reports indicate that blockchain continues to be adopted at a rapid pace in China. Yesterday, there were reports that China intends to carry out its first live trial of central bank digital currency (CBDC) and that Bank of China disbursed 20 billion yuan ($2.80 billion) in blockchain system based bonds for small and micro enterprises.