The incident was announced by a Bithumb through their twitter handle.

“We checked that some of cryptocurrencies valued about $30,000,000 was stolen. Those stolen cryptocurrencies will be covered from Bithumb and all of assets are being transferring to cold wallet.”

The message was followed by a series of tweets

[Notice for the temporary suspension of the deposits]
Due to the increasing safety issues, we are changing our wallet system.
Please do not deposit until we notify.
*All deposits are not deposited into your wallet until all changes are completed.

*All deposit and withdrawal service will be stopped to make sure the security. We will keep notice you of the restart of the service. We apologize for your inconvenience and thanks for your understanding.

Bithumb urgently ask our valuable customers not to deposit any fund into Bithumb wallet addresses for the time being.

Another day, another hack. Hopefully BitThumb is able to cover this amount, though $30MM is not a small amount.

As I’ve said many times, be smart and only keep on exchange coins that you are actively trading. It’s best to withdraw right after trading. https://t.co/8YpVcHx8tK

Notably, on June 16, Bithumb upgraded their security system and moved the crypto assets to cold storage.

[Notice for the restart of service]
We are transferring all of asset to the cold wallet to build up the security system and upgrade DB. Starting from 15:00 pm(KST), we will restart our services and notice again as soon as possible. Appreciate for your support.

? Told you guys about this possible hack scenario on June 18th. Looks as though it was a successful. ? https://t.co/c031TcJ9tE

Bithumb is the sixth largest cryptocurrency exchange by trading volume. Even though the amount is not big enough to create jitters as in the case of $530 million theft faced by Coincheck exchange of Japan, still, cryptocurrency users will be disappointed by such routine hacking incidents. Almost all the big names in the cryptocurrency market, including Bitcoin (BTC), Ripple (XRP), Ethereum (ETH), Bitcoin Cash (BCH), and Tron (TRX) are traded in the exchange.

Cryptocurrency investors and traders can only hope that this would be the last hacking incident and exchanges take their responsibility more seriously. 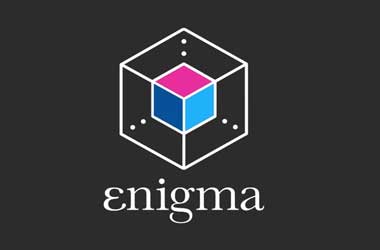