Cryptocurrencies have received an unexpected support in their battle to become legal in India, following tooth and nail battle between corporates, consumers, and the country’s central bank – The Reserve Bank of India.

The Law Commission of India has recommended legalization of cryptocurrencies as they are an important part of the commission’s case against the prevailing blanket ban on sports betting.

The Indian government’s efforts to curb the adoption of cryptocurrencies began in April, when the country’s central bank prohibited banks and other financial institutions from doing any kind of business with cryptocurrency exchanges. The ban evaporated liquidity and severely affected cryptocurrency investors. While announcing the ban, the RBI issued a three month ultimatum to banks to break all ties with crypto related firms. The ban became officially effective on July 5th.

While announcing the ban, the Reserve Bank of India stated

“It has been decided that, with immediate effect, entities regulated by RBI shall not deal with or provide services to any individual or business entities dealing with or settling cryptocurrencies. Regulated entities which already provide such services shall exit the relationship within a specified time.”

Following the announcement, exchanges, investors and crypto enthusiasts petitioned Supreme Court, the country’s highest judicial authority. However, to the disappointment of crypto investors, the Chief Justice of Indian Supreme Court, Dipak Misra, ruled in favor of the RBI’s decision to implement a nationwide ban on cryptocurrencies. One of the main argument made by RBI was that Indian constitution inherently bans cryptocurrencies, as it requires legal tender in circulation should be physical, and to be stamped by the Indian government.

While the crypto ban became effective, a top official, who did not want to be named, stated that the government is actually in favor of classifying cryptocurrencies as commodities, instead of banning them on an outright basis.

“I don’t think anyone is really thinking of banning it (cryptocurrencies) altogether. The issue here is about regulating the trade and we need to know where the money is coming from. Allowing it as (a) commodity may let us better regulate trade and so that is being looked at.”

The statement made by the government official implied that the ban was only an interim measure implemented while the government figures out a credible way to regulate the industry.

The senior government official also clarified that the government does not consider cryptos as a direct threat to the economy and its financial system. However, the government is concerned that cryptos might be used for illegal activities and money laundering. The government officical said “Trade is not a criminal offence…what has to be in place is a mechanism to be sure that the money used is not illegal money, and to track its source is the most important thing.”
Sports betting 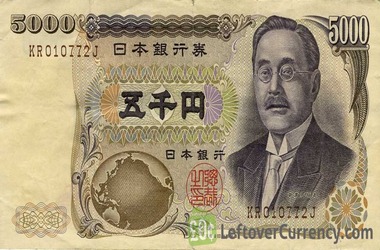