Bitcoin has been confronted with yet another crisis and once again its value has taken a hit. This time around concerns cropped up due to Japan's Financial Services Agency (FSA) issuing a warning to Binance, a popular cryptocurrency exchange.

The warning was issued by the FSA since Binance was operating without a license. This warning issued by the Japanese regulator caused a major drop in Bitcoin’s value which plummeted by more than $600.

The FSA warning to Binance does not come as a complete surprise. Binance does not have an operating license in Japan but still has a number of employees working in Japan. Japan issued a notice in April 2017 requiring cryptocurrency exchanges such as Binance to obtain a license to operate in the country. This is not the first time that Binance has faced a hostile government. The exchange once moved its main offices from China to Hong Kong right before the Chinese government cracked down on Bitcoin. Bitcoin is trading at $8,400 at the time of this writing.

News of the FSA's warning just adds to the signs that governments all over the world are taking a hard look at cryptocurrencies. The crackdown on the cryptocurrency industry comes as a result of the growing concerns that cryptocurrencies are being used by the underworld for money laundering, scams and tax evasion.

Japan is especially concerned because it is one of the world's most active markets for digital assets. Previously, mtgox, one of Bitcoin's foundational exchanges made its home in the country before its catastrophic breach. To protect its citizens and improve oversight, Japan introduced a licensing system for virtual currency exchanges in 2017.

Binance Working With FSA To Sort Things Out

Criminal charges against Binance would cripple a lot of cryptocurrency operations. The exchange has been ranked as the world's largest cryptocurrency exchange by volume since 2017. In response to the FSA statement, the company's founder, Zhao Changpeng, has confirmed that that he has received the warning letter and that the company was now in constructive dialogue with the FSA.

Binance has been attracting a lot of Japanese customers lately, mostly because of its low fees. The company has also upset Japanese authorities in recent times due to not validating their customer’s identities when they register. This has made regulatory bodies fear that the company has not placed sufficient controls to prevent illegal activity.

The FSA has been getting stricter with cryptocurrency exchanges for some time now. This happened shortly after the $500 million theft from Coincheck Inc took place. In February 2018, the FSA penalized Blockchain Laboratory Ltd., a Macau-based cryptocurrency company for holding seminars and giving advice in Japan without any license. The FSA also suspended a few Japanese exchanges for having poor security earlier this month. 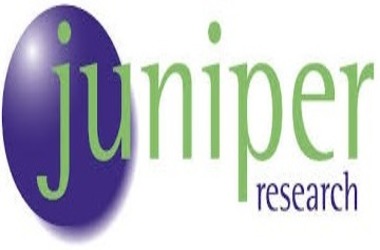