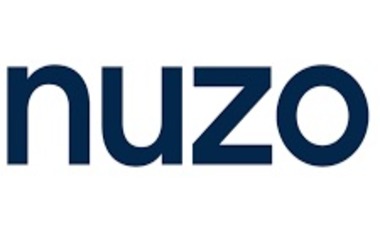 Nuzo has created the initial Shop-to-Earn eCommerce platform for small and medium-sized (SMEs) enterprises in Kenya. This would let online buyers and sellers to gain Nuzo Coins, which can be exchanged for products or airtime. The company, which debuted in June, now has 40,000 members and is fast expanding. Africa has the fastest-increasing internet penetration compared to any other continent and sixty percent of its inhabitants is under the age of twenty-five, making it the youthful and fastest-digitizing part of the world.

The region also hosts nations with some of the greatest cryptocurrency adoption rates, such as Nigeria, South Africa, and Kenya, where an astonishing 4.8 million individuals possess bitcoin. Last year , the use of cryptocurrencies among Africans increased by an astounding 1,200%. Comparatively, fewer tha2% percent of retail purchases in Africa occur online, versus 19% of retail transactions worldwide.

Early competitors such as Jumia, Konga, and Amazon just have recently started to take a tiny portion of Africa’s $2 trillion in yearly retail trade, with the vast bulk of retail transactions still happening offline. Charles Nichols, founder of Nuzo, thinks that for eCommerce to flourish in Africa, the community must engage in the economic management and administration of the platform – something which has only just been viable with the advent of Web3 technologies such as blockchain tokens.

As per him, the rise of eCommerce in Africa would be driven by community ownership. Nichols stated, “We think that integrating the population in ownership and control of online platforms is the most effective approach to harness the actual potential of e-commerce in Africa.” He also serves as the co-founder of SunCulture, an African business that has raised close to $50 million.
“At Nuzo, we have recorded firsthand that by engaging our community in ownership, we have indeed been able to create a successful e-commerce platform that is fast expanding. “The tremendous participation of the Nuzo Community allows us to offer unprecedented marketing chances for companies,” he remarked.

In contrast to large internet corporations such as Amazon, Facebook, and Twitter, Web3 enterprises such as Nuzo employ blockchain tokens to facilitate involvement of local.
This corresponds well to well-known notions of community financing widespread in Africa, such as Funds and Credit Cooperative Organizations (SACCOs) and Chamas, unauthorized cooperative groups used to combine and employ community savings. Nuzo Coins improve in value as the amount of transactions increases; this provides consumers with a brand-new financial incentive for online commerce.

In addition to exchanging coins for products and services, users may exchange them for several other cryptocurrency tokens or transfer cash to friends, family, and companies with rates 90% cheaper than mobile money services such as Kenya’s M-Pesa. In principle, Nuzo Coins are similar to cash, but their value increases as opposed to depreciating like several African currencies that are subject to high levels of devaluation and rising prices. Godwin Otieno, a consumer and member of the Nuzo community, asserts that firms and customers are increasingly embracing online payments.

“The biggest mobile network carriers in Kenya, Safaricom and Airtel, have established a strong internet framework that is attractive for eCommerce businesses. Nuzo, the most recent arrival, influences the breadth of eCommerce by interacting at the local level and reaching the average Kenyan with Nuzo Coins.”

Flavia Mbuki, another participant, explains that in addition to the financial benefit derived from utilizing the Nuzo platform, consumers and community members participate in administration. Mbuki noted that now is the time for Africa to realize eCommerce’s full potential. “We are witnessing the dawn of a new age in which African merchants can develop worldwide brands by using blockchain technology unleashed by the Nuzo platform.” As per him, this would result in an unparalleled level of confidence among entrepreneurs and consumers, generating chances for both small and big firms and delivering wealth to all Africans. 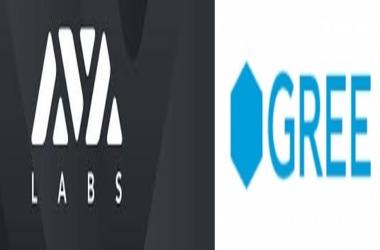