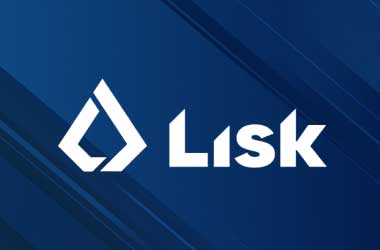 Lisk (LISK), which facilitates developers to build and deploy blockchain applications in JavaScript, announced the release of Lisk Core 1.0.0 Beta for testing. Interested developers can test the network by deploying and synchronizing a node. Furthermore, testers can interact with the new Application Programming Interface (API), and also test Lisk Commander, Lisk Elements, and Betanet Explorer with the new Lisk Core.

To ensure a fully functional and tested product, the Lisk team has divided the testing processes into two distinct phases for all major releases going forward, starting with Lisk Core 1.0.0. Lisk team calls them them Betanet and Testnet.

Betanet is an additional stage of testing implemented by creating an artificial replica of Lisk network for any major product rollout — in this case it is Lisk Core 1.0.0. The network will have its own genesis block and will be secured by genesis delegates, with all the delegate nodes being maintained by Lisk’s DevOps team to start with. After observing the activity of the Betanet for approximately a week, the Lisk team will give an update on its plan to gradually introduce delegates into the newly created test ecosystem.

? We are excited to announce that we have released the initial #Lisk Core 1.0.0 Beta for testing, as scheduled. Read the blog post for all release information and make sure to follow our #Reddit for the upcoming #AMA.
https://t.co/UQvnsW4hxg

What is special about Lisk?

The Lisk protocol comes with the Sidechain Development Kit, which makes it easy for developers to build their own blockchains. All the platform’s tools are open source, free to use and written in JavaScript. Lisk’s mainchain hosts the LSK cryptocurrency and will be the future hub for all sidechains. Once the platform is live, developers will be able to register their sidechain and run their own ICO.

Sidechains will house all data related to the dapp, enabling effortless scaling in tandem with an evolving project. Applications will be able to exchange data with Lisk’s mainchain, once connected to the sidechain. To clarify doubts related to this release, the Lightcurve Dev Team will be hosting a Reddit AMA on the topic of Lisk Core 1.0.0, after the completion of Betanet testing.