Millennials Prefer To Invest In Bitcoin Over Any Other Cryptocurrency

Millennials Prefer To Invest In Bitcoin Over Any Other Cryptocurrency 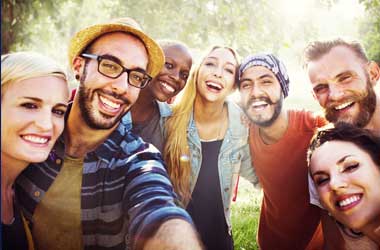 The cryptocurrency boom has seen an influx of investors from all over the world.

The majority of these investors do not know much about the cryptocurrency industry but jumped in because of the massive spike in bitcoin’s value in 2017.

While governments around the world have cautioned investors from emptying their savings into the cryptomarket, investors have ignored their warning and pumped millions into popular cryptocurrencies such as Bitcoin (BTC) and Ethereum (ETH).

A recent survey conducted by LendEDU, shows that millennials happen to be the demographic that is most attracted to the digital currency hype. The survey took feedback from 1,000 Americans who were between 18 to 24 (referred to as millennials) based on the question:

If you were given $10,000 tax-free and had the ability to invest all of it in one of the following options, which would you choose?

The results come after a recent survey by Student Loan Report that found that more than 21 percent of college students were actually using their student loans to invest in cryptocurrencies. Back in January, another survey conducted by venture capital firm Blockchain Capital also found that 30 percent of those in the 18 to 34 age bracket would rather own bitcoin worth $1,000 than the equivalent in government stocks or bonds.

The survey results have shown that crypto has become immensely popular with millennials and one reason could be because they are a lot more tech-savvy than Generation Xers and Baby Boomers.

Apart from virtual currencies, millennials also positively reacted towards investing in real estate (15.07 percent), their own education (9.93 percent), or in their 401(k) or Roth IRA (8.46 percent). The biggest chunk of millennials thought that the best way to invest their $10,000 is towards paying down their student debts at 22.43 percent.

Bloomberg – Bitcoin Rally is Based on Fundamentals, Unlike Ethereum