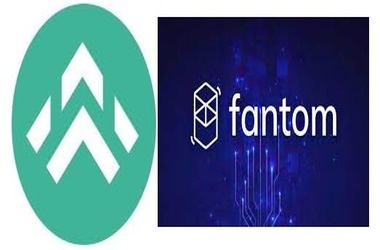 Fantom, a DAG (Directed Acyclic Graph) smart contract solution that offers developers with decentralized financial (DeFi) capabilities, has announced a new cooperation with Minimax Finance. As per Minimax, the Fantom network can provide several advantages to its initiatives, including high speed, safety, and openness, which Minimax’s users are currently enjoying. Nevertheless, this is merely the start for the initiative, which aims to grow and include many other blockchains.

Minimax Finance is a decentralized protocol that gathers yield chances from third-party DeFi applications. To date, it has incorporated over 500 vaults on seven distinct blockchains, with Fantom being the most recent. Along with consolidation, the initiative provides a variety of risk-reduction features that enable consumers to manage their DeFi assets more effectively.

In addition, the initiative incorporates a variety of facilities, including financing, staking, and yield farming, along with stop-loss and take-profit for these offerings.

The initiative distinguishes itself from rest of the aggregators since it is also more than simply collecting. It focuses on developing a versatile platform that makes the loan, yield farming, and staking operations more lucrative and efficient for users.

Fantom being among the top initiatives with respect to performance and appeal, Minimax was constantly aware of its presence and the potential advantages it may provide. Among these advantages are EVM compatibility, which simplifies the deployment of dApps, and interoperability with the Chainlink and Gelato networks, with which Minimax has already built technical connections. Finally, Fantom is distinguished by its cheap gas costs, which has made its assets an appealing investment alternative.

Minimax Finance said that its association with Fantom has been exceedingly seamless and that programmers have minimal difficulty integrating Fantom blockchain functionality into their multichain dApps. Almost all operations requiring interaction with Fantom RPC nodes were also quite basic and uncomplicated, therefore the initiative did not face any reporting challenges.

It was noticed that there is one minor variance between Fantom and rest of blockchains, and that is the varied gas restrictions and costs, which necessitated further changes but nothing else.
Finally, the initiative said that its engagement with Fantom has been outstanding up to this point, and that its customers are really grateful of the advantages and features of the initiative. Minimax will check out additional blockchains and services in the future, which will provide new chances for Fantom and its other associate blockchains.