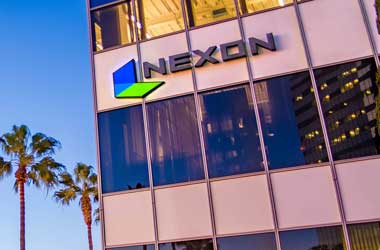 Reports of Bitstamp acquisition by gaming company Nexon were brushed away by the latter’s Korea CEO Lee Jung-Hun. Business Insider had reported that Bitstamp is for sale and Nexon could be the prospective buyer. Some news portals have even reported that an agreement to acquire the cryptocurrency exchange for $350 million is already signed.
During a press conference held at the Nexon Korea headquarters in Pangyo, Gyeonggi Province, Lee said “Nexon Korea does not have anything to do with a Bitstamp acquisition.”

Further, Lee said that Nexon has no plans to integrate cryptocurrencies with its gaming network. However, he acknowledged that the company may use blockchain technology to improve its offerings, build games, or use for some other purposes.

The Slovenia-based Bitstamp was founded in 2011 as the world’s first cryptocurrency trading exchange. The cryptocurrency exchange currently ranks 13th in terms of daily traded volumes. To garner clients from across the world, the company moved its trading platform to UK, the financial capital of the world in 2013. However, three years later, the company shifted to Luxembourg. The cryptoexchange has received authorization from Luxembourg government authorities to operate in all the 28 EU countries. Notably, the exchange allows individuals to have up to 10 active sub-accounts at any point in time.

Nexon is a pioneer in the world of interactive entertainment software. In 1994, the company was founded in Seoul by Kim Jung-ju in 1994. He is now the chairman of the firm’s holding company NXC Corp. In 2005, Nexon moved its headquarters to Japan. The company was listed on the Tokyo Stock Exchange in 2011. The gaming company first introduced the world to the graphic MMORPG, The Kingdom of the Winds, back in 1995. Nexon is an industry leader in multiplayer online games. The company developed KartRider, the most played online game in South Korea (played by over 30% of the population). Last year, NXC Corp., the parent company of Nexon, paid 91.25 billion won (~$84.5 million) to purchase a 65.19% stake in Korbit, South Korea’s second-largest cryptocurrency.