The cryptocurrency industry is currently under close scrutiny by an international task force.

U.S and Canadian regulators under the lead of the North American Securities Administrators Association (NASAA) are running active investigations into over 200 ICO and cryptocurrency firms.

This operation is being called ‘Operation Cryptosweep’.

This is a firm move against the rising tide of scams in the cryptocurrency market. ‘Operation Cryptosweep‘ was launched in May and has already filed 47 enforcement actions against cryptocurrency firms operating in North America.

In a statement, Joseph P. Borg, President of NASAA and Director of Alabama's Securities Division, said

The violations that were detected by the investigations range from securities fraud to failing to register their company properly before they let investors access their products. Eleven of the enforcement actions were targeted at companies operating in Texas, with the state regulatory board stopping companies that have already raised billions of dollars from investors.

Mr. Borg has pointed out that not all cryptocurrency schemes are frauds. However, he did remind investors that investment products need to follow laws and rules. It is up to the firms selling these products to follow them so that everything is legal and aboveboard to better protect investors.

Borg insists that cryptocurrency firms should seek legal counsel so that they can be assured that they are following the state and federal laws about securities and other investment products. He believes that compliance with the law should be implemented in the industry before they start marketing to investors. He also points out that investors should do their own research before investing their money into any cryptocurrency firm.

Joseph Rotunda, the Texas Securities Board's director of enforcement, points out that the investigation has resulted in the revelation that there was a lot of illegal activity going on in the cryptocurrency market.

One notable example of this was when one firm used the likenesses of Superior Court Justice Ruth Bader Ginsburg and Jennifer Aniston without authorization to promote their products. Another example was when one firm presented itself as owning three bitcoin mining farms.

According to Rotunda, this is just the beginning and the investigation will continue to root out any other fraudulent operators in the market. 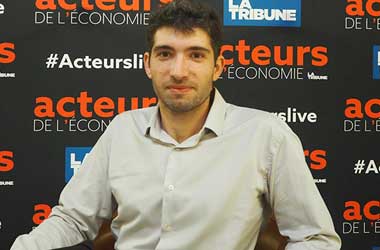