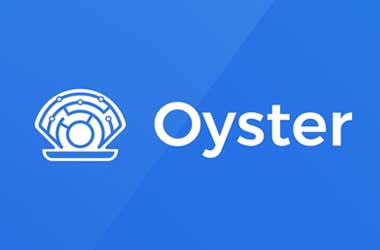 After an unexpected last minute delay, the Oyster (PRL) Mainnet was launched and is accessible by the public. The release, however, lacks the website revenue implementation, which users are eagerly waiting for, and there are certain limitations in place, while the team works on minor issues at the back-end. The basic file storage and retrieval facility is readily available.

What is Oyster project?

The project aims to fix the current inefficiencies in the online advertising system by replacing the pop-ups and banners with decentralized storage. Oyster prevent the usual tussle between publisher and viewer over revenue and ad-blockers. Users can pay a small amount in PRL tokens and host files on the Oyster network. Website owners can place a piece of code on their page, establishing the link with the Oyster network.

A visitor who loads an Oyster-powered website will have the option of sharing a negligible amount of CPU power and web storage. However, the contribution will not affect the computer’s performance. A percentage of payment made in PRL tokens by the advertiser is shared with the website owner. Oyster definitely has what it needs to disrupt the online advertising and storage industry.

The most important feature introduced with the mainnet launch is web storage. The public now has access to Oyster’s simple interface, which facilitates both uploading and retrieving files from Oyster Tangles. The Oyster blockchain is currently slow and there have been complaints of errors on certain browsers and operating systems. Additionally, the Oyster team has put certain restrictions in place as this is the beta phase. The developers are sorting out the speed related issues.

Currently, a file size of only up to 5MB can be uploaded. Still, it is 25x the size allowed on testnet, but one-fifth of the promised 25MB limit initially announced for the mainnet launch.

The file size limitation was brought about due to issues related to client-to-broker communications running in the background. The Oyster team has identified inefficiencies in the manner the network processes MySQL data. The inefficiencies result in client side slowdown for large file uploads. Once the problem is sorted out, the file size limitations will be removed. Oyster team has announced an annual storage cost of 1PRL per 64GB. The amount is to be paid by the uploader. Additionally, fine grain controls for retention length and node selection have been disabled as of now.

During the beta phase, the Oyster team will provide the PRL tokens, making the service practically free.
A string of randomized characters is used to retrieve files. After a file is uploaded on the Oyster network, the user will receive a handle to share freely with anyone. An uploaded file can be retrieved by visiting the Oyster storage site, pressing the retrieve button, and pasting the code. As the project is in beta phase, the Oyster team has advised not to load important filed on the blockchain.

Oyster’s roadmap scheduled the mainnet release for April 2018. The mainnet launch got postponed twice. The Oyster team took time to fine tune the code. Additionally, they didn’t believe that IOTA’s Tangle was ready for Oyster as sharding is not yet implemented. Therefore, the team moved the project to their own private Tangle so that they could implement sharding on their own.

The second delay was caused hours before the launch on May 31. At that time, the Oyster team tweeted that they were facing issues with their own private Tangle. The crypto community became impatient and started spreading FUD about the project. However, the issue lasted only for a few hours. The Oyster team kept their cool and communicated with the crypto community, avoiding serious fallout.

The mainnet, however, lacks an important feature, which investors and crypto enthusiasts were looking for – revenue generation facility through copy/paste code. The Oyster team has revealed that discussions are going on with select publishers. More than 2 million monthly visitors are expected to take part in the beta phase of the project. The Oyster team has not issued any timeline for the public release of the revenue model.

Iran Has Shut Down Over 1,000 Mining Centres Operating on Subsidized Power