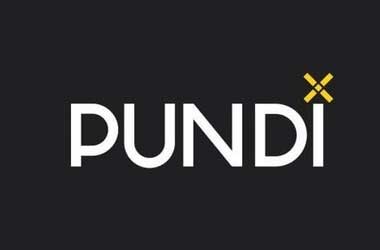 Blockchain-based point-of-sale (POS) solutions provider Pundi X, which facilitates retail stores to accept multi-cryptocurrencies, unveiled a new version of XPOS, a smart POS terminal that runs solely on NEM blockchain. The new device will enable physical retailers to complete fiat to crypto or crypto to fiat transactions with their customers, quickly and easily. PundiX will deliver 20,000 units of NEM XPOS devices in days to come.

The latest version of POS device connects to the NEM blockchain via XPlugins, the PundiX platform API that enables blockchain developers to establish smart contract requests and connect to digital wallets. The NEM based XPOS device will also facilitate faster transactions at the physical stores. Notably, consumers will be able to perform multiple NEM-based cryptocurrency transactions. Presently, XEM, PXSXEM and XARU (XAR) are the cryptokens which can be transacted using the terminal. Pundi X aims to add more XEM Mosaci tokens in the future.

Lon Wong, former president of NEM.io Foundation said “NEM and Pundi X are working together to tackle one of the biggest challenges facing all blockchain developers and their users – making it accessible for mainstream consumers to use in their daily lives. For the first time, NEM-based tokens will come to the store front for mainstream adoption.”

Zac Cheah, CEO of Pundi X said “When consumers conduct blockchain-based transactions, speed, by all means, is critical for better user experience. That’s why we have started integrating NEM private chain in our pilot XPOS devices in the first place. As NEM platform is growing, it is a natural step for us to launch an NEM XPOS terminal by integrating NEM for both public and private chain to meet the market demand.”

NEM is a decentralized blockchain-based peer-to-peer network on which third parties can build their own applications, including cryptocurrencies and crowdfunding tokens. NEM offers both public and private (Mijin) blockchains. One of the biggest differences between NEM and other blockchains is its use of proof-of-importance consensus, as opposed to proof-of-work or proof-of-stake. proof-of-importance is a consensus algorithm that determines who gets to verify transactions on the NEM network based on their comparative “importance.” NEM blockchain can complete up to 3,000 transactions per second. It also has a messaging feature that can be used to add messages to transactions. Messages take about 17 seconds to show up and they currently cost one additional XEM per 15 characters.

NEM does not offer private transactions. All transactions are traceable. This allows for buyer and seller protection. More importantly, it allows businesses to track consumer spending habits, increasing NEM’s value proposition for enterprise clients. NEM Mosaics are basically assets that can be traded on the NEM blockchain. NEM’s native currency, XEM, is a mosaic, but developers can create their own Mosaics, including cryptocurrencies, and run them through NEM’s blockchain. The coin became popular among non-crypto investors when Coincheck, an unregulated Japanese exchange was hacked, leading to a loss of $533 million worth NEM (XEM) coins.