Square, a leading digital payment company recently announced that it has hit another milestone.

Papers recently published by the US Patent & Trademark Office (USPTO) reveal that the office has formally approved of the company’s patent application for a crypto payment system.

This will allow merchants to accept cryptocurrency payments from anywhere.

Square filed for this patent in September 2017 and it has been close to a year for them to get the required approval. The new patent is not as revolutionary as it seems. Other payment processors like BitPay have allowed automatic conversion of cryptocurrencies into local currency before. The main difference is the high level of market penetration that Square has across the globe.

Square is a market leader when it comes to point-of-sale (POS) payments and adding cryptocurrency payments to that would be a big advantage. Merchants who already use Square would appreciate the added functionality and it would open a whole new market for cryptocurrencies.

The biggest breakthrough that the patent gives to the network is its elimination of latency when it comes to bitcoin transactions. This allows for faster bitcoin transactions – which is the main barrier to a lot of bitcoin payments. Square does this maintaining its own blockchain network that keeps a record of transactions that are then sent to the public blockchain. This transfers the risk of double spend attacks from the merchant to Square, encouraging merchants to take the risks.

Another method by which transaction latency is eliminated is by having user funds held by Square, with Square updating its internal ledgers instead of referring to the external blockchain.

Will It Go Through?

However, a patent approval does not mean that Square will be implementing the system any time soon. Other companies have applied for crypto payment patents and have done nothing with them. For example, Bank of America has a number of them but the bank does not seem to be planning to use any of them.

Square could be different in this regard because CEO Jack Dorsey is a big fan of cryptocurrencies and he may want to push for a quick implementation.

In a statement, Dorsey said

Dorsey also says that Square’s interest in Bitcoin goes beyond just buying and selling it. The Square Cash app already features bitcoin trading, adding a cryptocurrency payment system to the app is a good move if Square really wants to promote bitcoin usage. 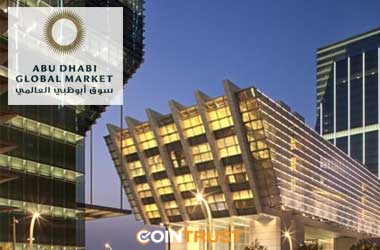 Central Bank Of Brazil To Classify Cryptos As Per IMF Guidelines