Coffee giant Starbucks recently released a statement that cleared up the confusion caused late last week after media reports emerged that it would soon be accepting bitcoin.

This mix-up happened because Starbucks recently announced that it would be joining up with other industry leaders like Microsoft and the Intercontinental Exchange (ICE) to create a digital currency platform with the name of ‘Bakkt‘.

However, this news item got picked up by the media and was interpreted as allowing people to pay for their morning cup of coffee with bitcoins. This was not the case and Starbucks wanted to clear things up.

In a statement, a Starbucks spokesperson said

It is important to clarify that we are not accepting digital assets at Starbucks. Rather the exchange will convert digital assets like Bitcoin into US dollars, which can be used at Starbucks. At the current time, we are announcing the launch of trading and conversion of Bitcoin. However, we will continue to talk with customers and regulators as the space evolves.

Despite this denial that they would not be accepting bitcoin or other cryptocurrencies in the future, Starbucks is not restricting itself from being involved with the growing digital currency industry. The company already has a digital payment app that regularly beats out other payment apps on the market like Google Pay and Apple Pay when it comes to clearing transactions.

The fact that Starbucks will not be accepting Bitcoin for coffee isn’t a major disappointment for the average customer because bitcoin at the moment is not exactly the best possible choice for paying a coffee bill. With transactions fees surging at different times, customers may end up paying an additional fee that can reach dozens of dollars. Transactions can also take minutes to hours depending on the time of day and no one wants to be stuck at Starbucks for so long.

Starbucks is not accepting Bitcoins for coffee at the moment but has much bigger plans with its involvement with ‘Bakkt‘. This is an innovative cryptocurrency platform that look at converting cryptocurrencies to cash. This project would target large financial institutions, making it a lot easier for them to enter the crypto market and be profitable.

The creation of Bakkt would also give financial institutions a strong and stable entry point into the market. The crypto market needs a trusted name that would attract them into the market. With the backing of some of the largest businesses in the world as well as the same company that runs the New York Stock Exchange, Bakkt may be the platform that the market needs.

As part of the Bakkt's initial financial products, ICE has already announced that they would be offering physically-delivered bitcoin futures once the platform has been reviewed and approved by the US Commodity Futures Trading Commission. 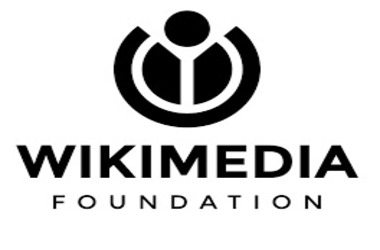