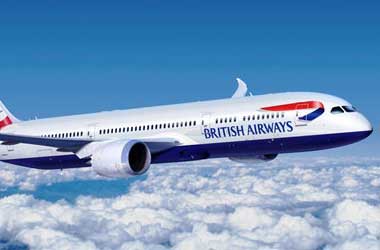 Frequent air travelers will regularly have stories to tell about the inadvertent delays in the check-in process. However, this may soon turn out to be a thing of past, with the advent of blockchain technology, which is permeating across all business sectors.

Irra Ariella Khi and Aleksandr Gorelik, co-founders of VChain, have designed a system that assists airlines and other government agencies to quickly verify one’s identity. The system relies on the database of air travelers stored in a blockchain.

IAG, the parent company of British Airways has already invested in VChain through its startup Hangar 51. Following the successful completion of the tests, the service could be expanded into a commercial product. By cross-checking the validity and authenticity of travel documents against a distributed database, the identity is confirmed. The use of blockchain technology enables the verification process to be conducted without a need to share data with third parties.

“If British Airways gets a signal back from VChain that they, and others, have seen a certain dataset twenty times before, and have been happy every time, it helps them make smarter assumptions about you as a security threat.”

The reputation of VChain is further increased by the use of its system by British Airways. Notably, Heathrow handles more than 200,000 passengers a day. Therefore, an efficient travel document verification system will avoid congestion at the airport.

Last month, VChain received a recognition for its blockchain service when it was crowned as the winner of the startup competition ninth Pitch@Palace, which is held semiannually by Prince Andrew, Duke of York and Queen’s second son. VChain was selected after validating 42 blockchain and cybersecurity startups. The award was given in a ceremony conducted at St. James Palace.

VChain’s document verification system would be appreciated not only by the British Airways and airport authorities, but also passengers who would be concerned about the privacy of data.