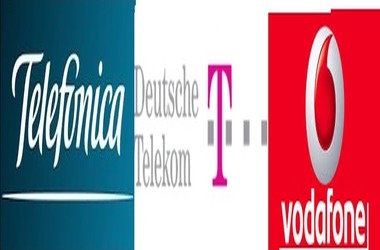 Notably, earlier in 2020, both Telefónica Innovation Ventures and the Telekom Innovation Pool of Deutsche Telekom had collaborated in a $13 million Series A investment for Clear to aid the startup in creating its blockchain settlement system.

The chosen trial platform includes a system for mechanized settlement of roaming data from the three telecom firms for 2019.

The parties involved in the trial were able to generate yearly settlement info in a matter of few minutes and also have live and multi-party understanding into data disparities. The providers were also be able to modify or update the system without any delays.

“Roaming discount agreement reconciliation is a complex, costly process prone to errors […] Using Clear’s solution, operators will now have the ability to transact seamlessly with an ecosystem of partners — a crucial ability in the 5G and Edge ecosystem, in which we foresee significant growth of operators’ business relationships and business models.”

Telefónica, Deutsche Telekom and Vodafone have invited other telecom enterprises to start using Clear platform, with the belief that mechanized roaming settlement will improve new business collaborations to back the new services required for technologies such as 5G, Internet of Things and Edge computing.

Eran Haggiag, Clear’s co-founder and executive chairman, stated that “initiatives from leading industry bodies such as the GSMA [Global System for Mobile Communications] and the GLF [Global Leaders’ Forum] are now pushing for industry adoption across multiple use cases.”

He pointed out that the platform can ensure data safety, provide control and offer privacy for contract settlement between companies. Sherif Bakir, CEO of Vodafone Roaming Services, likewise, linked the platform to the future plan for telecom framework, underling that:

“With new, more complex technologies like 5G and IoT being introduced, even more radical innovation in roaming will take digitalization to the next level. Vodafone believes blockchain is the solution, and its use will lay the foundation for further sustained innovation. Clear’s solution is a solid demonstration of blockchain’s benefits.”

Interestingly, all three telecom firms have made initiatives in adopting blockchain, before coming together for implementing blockchain based platform for inter-operator roaming contracts.

Teléfonica has entered into collaboration with the Association of Science and Technology Parks in January to facilitate blockchain access to about 8,000 companies. It has also earlier collaborated with IBM and Microsoft on blockchain applications.

During last fall, an associate concern of Deutsche Telekom rolled out a German Blockchain Ecosystem for enterprise customers and the telecom provider has collaborated with South Korea’s biggest wireless carrier, SK Telecom, on creating a blockchain powered mobile identification platform.

In March, Vodafone stated that it was studying a blockchain powered digital identity solution to assist in validating its suppliers across the distribution chain.