While speaking to CNBC, Mike Mayo, an analyst at Wells Fargo, opined that “this is the golden decade of banks and technology.”

Mayo pointed out that even though 90s saw consolidation of banking industry in the form of mergers and acquisitions, systems remained segregated.

The analysts further explained that in the “aughts” decade i.e. 2000s, banks grew at an enormous pace.

However, it could not sustain and only ended in ‘tears’ due to 2008 financial crisis.

Mayo underlined the fact that twenty five years after banks were allowed to leverage their growth and scale, the mess created by financial crisis was cleaned in the current decade.

He believes that technology, including disruptive tech such as machine learning, blockchain and mobile banking, facilitated banks to improve efficiency and provide higher returns in the past ten years.

“Technology is the enabler that will take banks on multi-year trends to improve efficiency and ensure better returns with a lower risk profile that is still being under appreciated by the Street.” 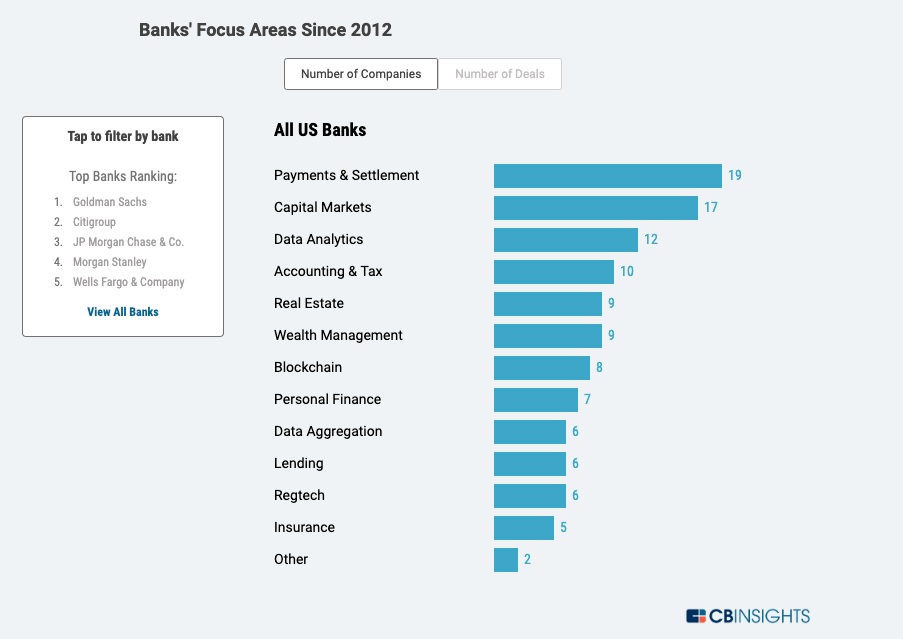 The decade just ended signifies recovery of banks which were devastated by the 2007-2009 global financial crisis that significantly affected economic growth of all developed and emerging economies.

Mayo forecasts that the financial industry is all set for huge leaps over the next decade. After lagging the overall market for three successive decades, according to Mayo, bank stocks are on their way to make it big in the forthcoming decade and Wall Street may not be anticipating it. Furthermore, the decade will be dominated by banks which are tech savvy.

Mayo, however, does not particularly define the technologies that will assist the banking sector to make huge leaps, but blockchain could turn out to be a crucial factor in the years to come.

As per recent survey by CBinsights, blockchain tech is the seventh most important investment domain for banks in 2019, surpassing other sectors such as wealth management, real estate and capital markets.

JP Morgan is developing JPM Coin, which utilizes blockchain for real-time payment transfer across the globe.

Notably, CipherTrace, a blockchain intelligence firm, has assessed that top banks may process a maximum of $2 billion in untraced crypto-related remittance every year.

CipherTrace asserts that its research division has found out that all the top ten commercial banks in the US are serving crypto related firms that are not registered with relevant government institutions.

These crypto firms use the banks payment network to process funds.