Will the Value of Bitcoin Tank Soon?

Will the Value of Bitcoin Tank Soon?

One thing that may have put you off buying into Bitcoin is the fact that a lot of so called experts are letting anyone know who listen to them that Bitcoin is some sort of scam or pyramid scheme and that sooner or later its value is going to plummet through the floor and make any holdings you have in Bitcoin become worthless.

With Bitcoin being the best known and most utilized digital currency that is always going to be the one that appeals to users the most, and as such if you have heard about the soon to happen bubble burst of Bitcoin then ignore the doomsayers and simply crack on and use that digital currency.

You only have to look around at the number of people and businesses that have now fully embraced Bitcoin to realise it is one of the many digital currencies that isn’t going to fall by the wayside, so please do not be put off investing or buying Bitcoin to pay for goods or services as it is reliable if not a slightly expensive digital currency to use!

Delaying a Purchase Will See You Paying More

If you are been consider buying into Bitcoin or any of the other major digital currencies, then the longer you do wait to buy any holdings the more you are then going to have to pay for those holdings, as the price of digital currencies, much more so the major ones are always going to go on an upward curve over the long term.

Keep in mind that Bitcoin is still a fairly new innovation and as such its value is still finding its feet so to speak, but I do personally feel its value is nowhere near what it will become and as such there is going to be even more noticeable increases in its value over the long term.

If you do want to buy Bitcoin then be aware you are not forced to have to buy at least one whole Bitcoin for you can buy much smaller units or fractions of Bitcoin or indeed any other digital currency, and that is going to allow you to buy into it for a much reduced cost.

As long as you are the type of person who can and does take a long term view on their investments, and are not going to panic when the value of Bitcoin may nose dive every now and then, you will soon feel comfortable with the volatility of that digital currency.

If you are the type of investor who does tend to panic and can be  spooked into selling off their investments when the price drops, then Bitcoin is something you should avoid investing in, for it is not for the faint hearted investor!

If you feel you still need some convincing whether to start investing in Bitcoin, then what I would advise you to always consider doing is spreading your risk, in regards to just which digital currencies you make purchases of.

For the more digital currencies you buy, much more so when buying some of the newer ones the less you are going to have to pay for them for it is only Bitcoin that is very high in price.

But also keep in mind it is important to buy a digital currency from an exchange that isn’t going to rip you off in regards to the fees and charges you will have to pay to use their services, for there are plenty of digital currency exchanges that you are going to be able to make use of, but not all of them are going to be offering very low and reasonable fees for using their services! 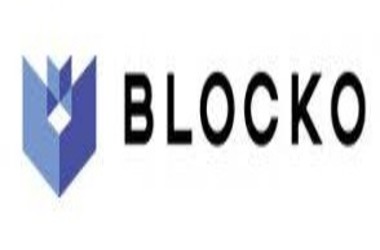