By working with central banks, Ripple is advancing the development of digital currencies (CBDC) issued by such institutions. To help the Digital Pound Foundation better understand CBDCs, the cross-border payments firm has joined forces with them. The Foundation, a 501(c)(3) non-profit, was established today to promote the development and use of the digital pound in the United Kingdom.

When it comes to “responsible expansion and creativity in the digital asset sector,” the UK has led the world, as per Ripple. One of the outcomes of the national initiatives is the digital Pound.

The establishment of a CBDC would help the country move toward an innovative digital economic system. Along with other digital currencies, the CBDC will help the United Kingdom maintain its place in the rapidly changing digital environment.

“The Foundation will assist promote the UK’s aim to create a more equitable and sustainable financial system,” said Susan Friedman, Ripple’s Head of Policy and now a member of the Foundation’s board. In addition, the Foundation will engage in research, campaigning, and cooperation with a wide range of different stakeholders.

According to a press statement issued on Thursday, all of these activities are aimed towards creating and launching the digital pound. Central banks across the globe are now looking at sovereign-backed cryptocurrencies. This includes the Bank of England. As a result, Ripple developed a CBDC solution to make payment infrastructures more efficient, quick, inexpensive, and long-lasting.

While engaged in a legal battle with the US Securities and Exchange Commission (SEC) for almost a year, the remittance firm continues to establish itself in payment infrastructures across the world. Royal Monetary Authority (RMA), Bhutan’s central bank, collaborated with Ripple last month for its CBDC solution.

In collaboration with Qatar National Bank and Paydek in the UK, Ripple is expanding remittances through RippleNet. Finextra’s research indicates that nations and people that embrace CBDCs may profit. These crypto currencies would solve the decrease in the usage of real currency in addition to their convenience and precision.

Cryptocurrencies and other digital currency, such as Facebook’s Libra, represent a danger to major central banks, which they want to counteract. Commercial banks’ “disintermediation,” or removal from the financial system, may result from increased rivalry between central banks and commercial banks. With improved deposit, interest, and loan offerings, each would attempt to attract more customers.

In addition, central banks would put operational costs on themselves, such as KYC and AML regulations. As of the now, commercial banks are in charge of these duties. Central banks utilize CBDC s to keep tabs on consumers’ financial activities, which may make them uncomfortable.

But CBDCs are still an emerging technology, much like cryptocurrencies and blockchains. As a result, the full extent of their advantages and consequences for financial institutions and society will only become clear over time.

BlockFi Clients To Be Paid Interest For Their Crypto Holdings 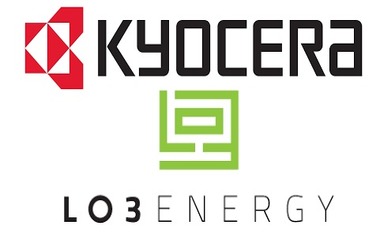