According to Blockchain.com statistics, Monday night saw the successful execution of a $2 billion Bitcoin (BTC) trade. In spite of the huge monetary value, the anonymous wallet holder just paid a fee of 0.00001713 satoshis as fees, translating to $0.78.

What this transfer was for, and who or what initiated it, is not known, but what has been shown is how powerful bitcoin and blockchain technology can be when used in financial transactions.

Nevertheless, this is not the foremost time a deal of this size has occurred with such little charges. In August last year, a Bitcoin trade worth $1 billion was carried out for a charge of merely $4. Efforts to move this amount of money in conventional fiat markets would be fruitless. The prevailing financial environment, rooted to archaic paradigms, appears as a striking anomaly to the immediate, mostly democratic, contemporary information services encounter.

An overseas fiat payment typically takes between one and four business days to complete and involves a high transaction charge of 1%–3%. This would incur a fee in the range of $20 million to $60 million for a deal worth $2 billion. In addition, contrary to Bitcoin, banks and governments have significant control over the activities of financial networks, posing a danger to the confidentiality, autonomy, and ideals of a market economy.

The average transaction cost on Bitcoin’s base-layer blockchain is 0.000058 BTC ($2.67), as per BitInfoChart. This has been a constant floor mark for the past two months, but it has not been written before that as the market’s bullish surge began in October 2020. In comparison, the average transaction cost for Ether (ETH), the second-largest cryptocurrency by market value, stays much higher at ( a difference of 770%) at 0.0061 ETH ($20.44). 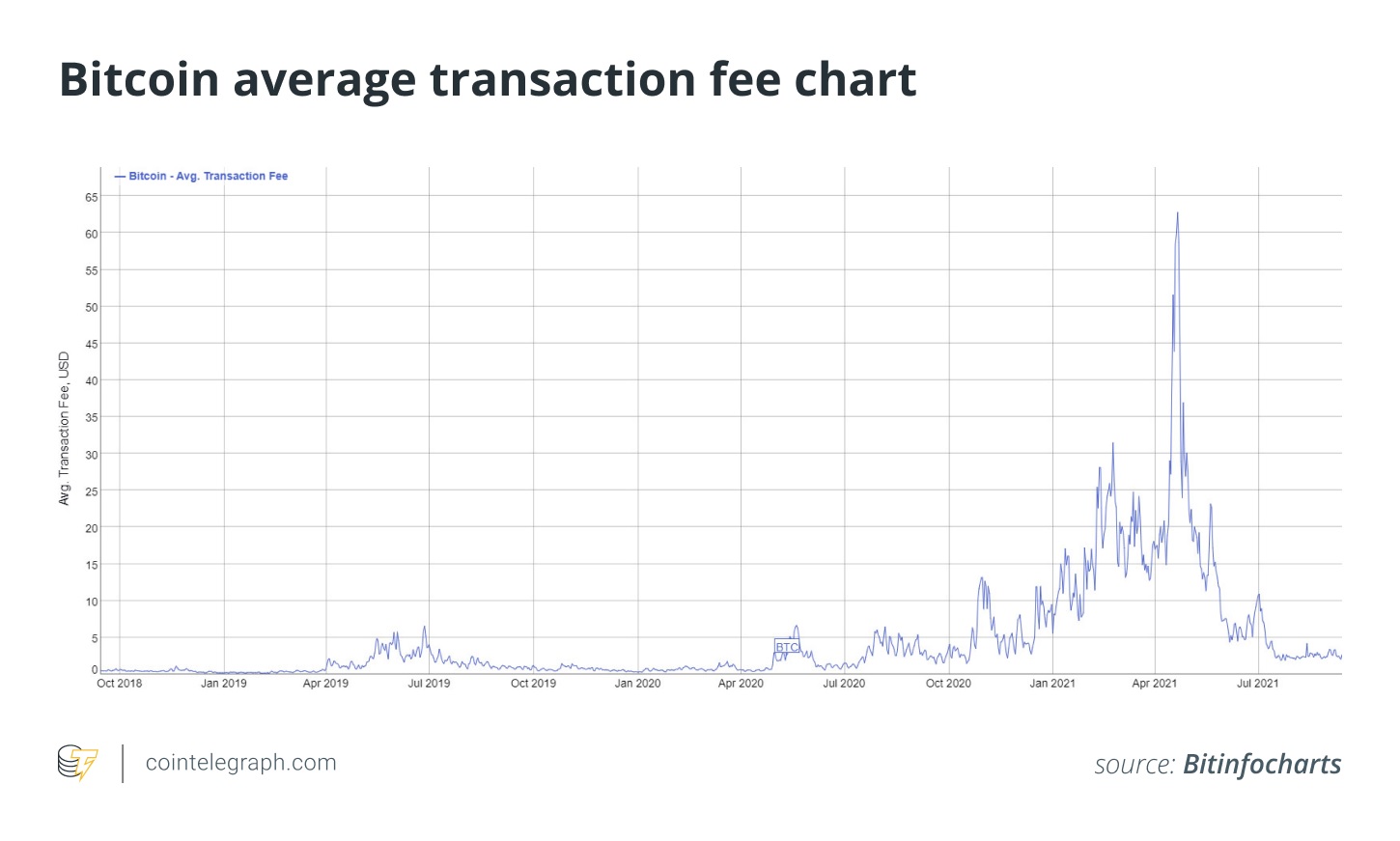 Bitcoin overcame a struggle to get back to $46,000 earlier today after recording price declines of $43,380 on Bitstamp due to significant market turmoil. This optimistic attitude is consistent with another piece of data: Bitcoin reserves on key cryptocurrency exchanges have reached great multi lows this week — similar to transaction costs — levels not seen since the start of the bullish rally in October 2020.