Anthony Pompliano, Bitcoin advocate and co-founder of Morgan Creek Digital, states that on-chain metrics that reflected the decline in the price of Bitcoin from $64,863 to less than $50,000 is now showing signs of reversal.

In the latest episode of The Pomp Letter, the huge Bitcoin supporter utilizes data offered by on-chain analyst Will Clemente to detail his bullish view of Bitcoin against the backdrop of price correction in the market.

Pointing to the the funding rates, Pompliano states that rebound will happen soon as the price retracement caused liquidation of more than one million trader positions that were primarily built on leverage and greed.

“To peg the perpetual swap contract to Bitcoin spot price, funding rates are used. When the majority of traders go long, it becomes profitable to go short, and vice versa. During the event, funding rates flipped negative, meaning it became profitable for traders to take the long side of the trade. This has shown to be a buy signal in the previous two times this happened during this bull market.”

Further, Pompliano underlines that the SOPR (Spent Output Profit Ratio), an indicator reflecting the net profit or loss of market participants, is beginning to reach a stage where buyers entry happens usually.

One more on-chain measure that is being watched by Pompliano is the net position of miner. According to Pompliano, the measure is currently reflecting huge accumulation of Bitcoins by miner amid the price decline. 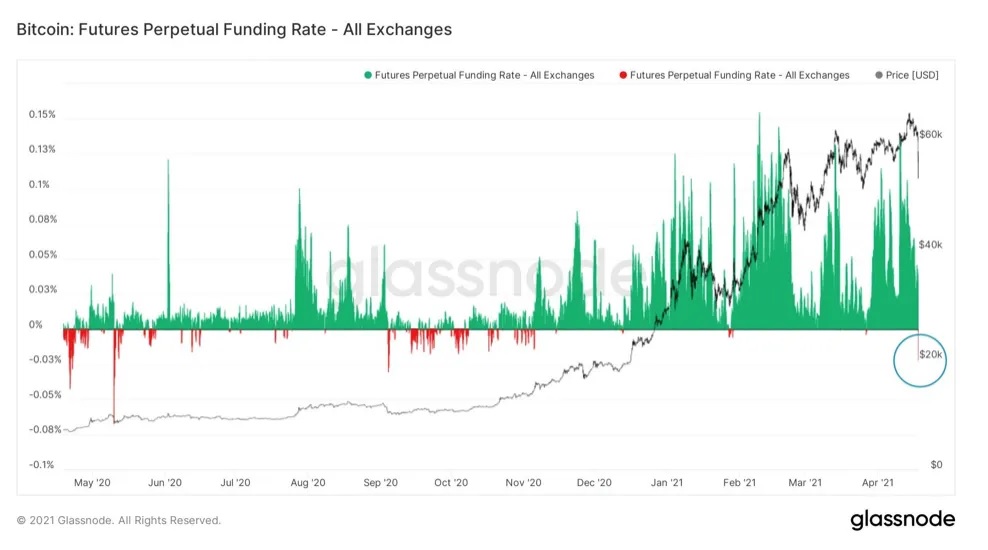 “Accumulation from miners has clearly become a trend over the last few weeks. This indicates two things: miners are expecting higher prices to come and are reluctant to sell their stack now, and also the fact that they are able to cover their CAPEX (capital expenditures) without having to dump coins onto the market.” 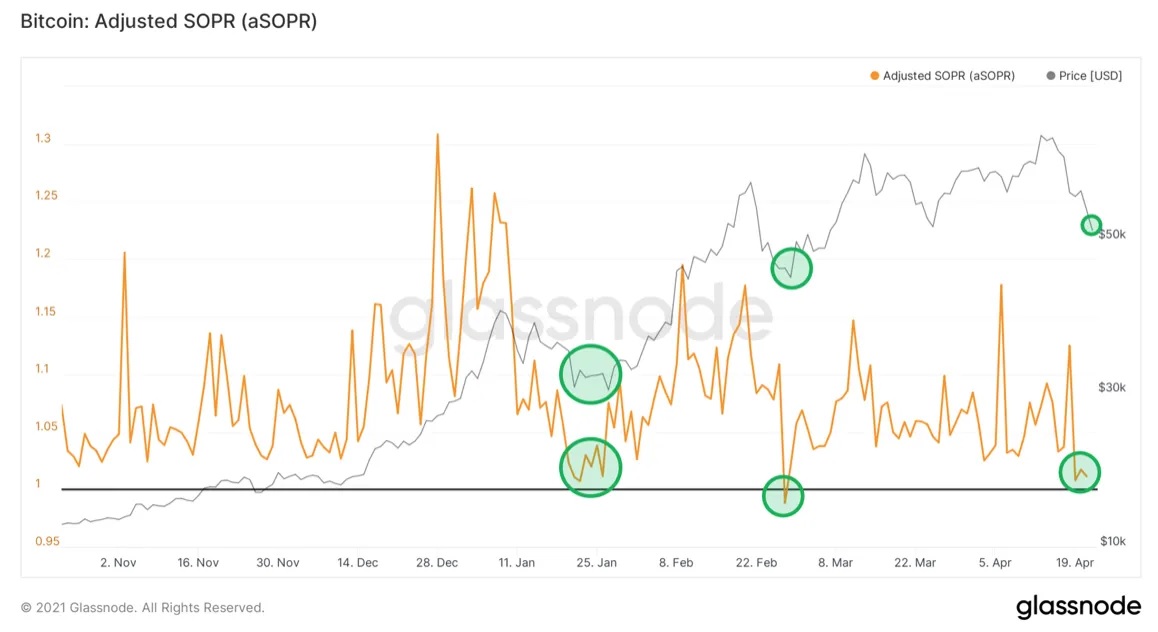 Pompliano further states that miners will be able to lend against their Bitcoin holdings utilizing decentralized finance (DeFi) lending covenant to settle their day-to-day expenditures. Pompliano is monitoring the rise in the count of wallets possessing 100-1,000 Bitcoins, which has seen exponential rise in 2021. 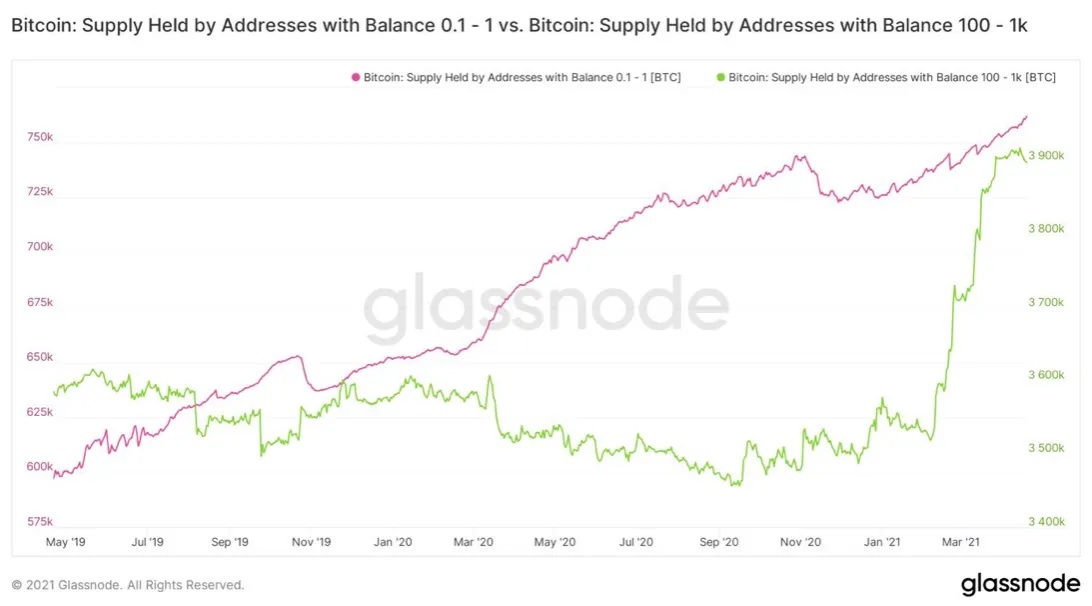 “In conclusion, we are approaching a bottom in the short-mid-term for this current correction and are just waiting for profit taking to reset and a general shift of coins from weak to strong hands.”