As several investors possess Bitcoin and rest of the cryptocurrencies for profit and online dealings, mass cryptocurrency usage is slowly gaining traction in the United States. This revelation is based on a recent study conducted by Bitcoin futures exchange Bakkt. The poll’s goal was to track the Bitcoin and cryptocurrency acceptance patterns over the last six months and forecast trends for the future six months.

Bakkt examined 2,000 customers from around the nation, with 69% being under the age of 44, indicating that the majority of investors in the United States are reasonably young. Bakkt is a bitcoin futures market that allows institutional investors to purchase, trade, and retain a variety of cryptocurrencies, including Bitcoin.

Approximately 48% of those polled indicated they had bought Bitcoin and other cryptocurrencies since March of this year. Nevertheless, more than percent of the participants did not invest in any cryptocurrencies, and the majority of respondents across all age categories invested less than $100 in cryptocurrencies.

The study found many applications for cryptocurrency. 58% of respondents said they bought cryptos for long-term investments, while 43% stated they bought them for short-term gains. In the meantime, 24% said cryptocurrency allow them to purchase goods and services online. An additional 13% want to utilize cryptocurrencies for in-person transactions, while 11% intend to send bitcoins to relatives or friends.

While various users of cryptos have varied objectives, the bulk of investors among all age groups are utilizing them for long-term investments and wealth accumulation. 32% of respondents who did not invest in the previous six months indicated they are interested in doing so now.

Aside from the return on investment, the ease of access and absence of costs were key appealing aspects of cryptocurrencies for investors aged 18-29 and 45-60, respectively. “Lack of centralized authority is second only to long-term return on investment for 30-44.”

The biggest difficulties of utilizing cryptocurrency, according to 32%, are too much volatility, and 24% don’t know where to begin. 18% indicated they did not trust third-party processors of bitcoin transactions, such as exchanges. The responses also differed by gender, with women more likely to confess to understanding little about crypto and males citing volatility as the greatest difficulty.

“I don’t know where to begin” is prevalent across all age groups, indicating that knowledge and simplicity of use remain appealing. 40% were unaware that they could buy fractions of a cryptocurrency such as Bitcoin, while 35% were unaware of blockchain technology. Younger participants between the ages of 18 and 44 were also more comfortable in Cryptocurrencies than older respondents above the age of 44. 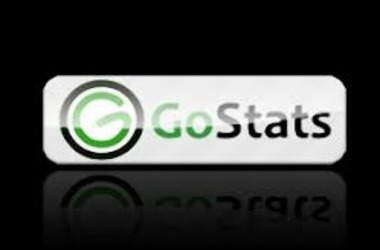