Notwithstanding Bitcoin’s initial drop below $30,000 in a month, on-chain indicators show whales are still buying BTC. In spite of the atest persistent negative momentum, the Bitcoin holdings of centralized exchanges have been on a decline, as per data provided by Glassnode’s July 19 “The Week On-Chain” report, with about 36,000 Bitcoin (valued at $1 billion) being moved out of cryptocurrency exchanges on a weekly basis.

The diminishing Bitcoin holdings on exchanges, according to Glassnode, indicate that major investors are transferring their BTC into safe handling instead of keeping them on exchanges in readiness for dumping.

Since May, Glassnode has noticed a rise in the count of organizations hoarding Bitcoin, which has risen from around 250,000 to almost 300,000 today. An institution, according to Glassnode, is a distinct on-chain collection of linked addresses.

The proportion of “sending entities” — distinct address clusters linked with selling liquidating — has decreased by nearly one-third from 150,000 to 100,000, while “receiving entities” — addresses associated to accrual or holding — has gone up significantly by 20% from 190,000 to 250,000 during the same time frame, according to the on-chain analytics vendor. Although highlighting accumulation signs, Glassnode observed a very split market attitude, indicating significant unpredictability for the markets: 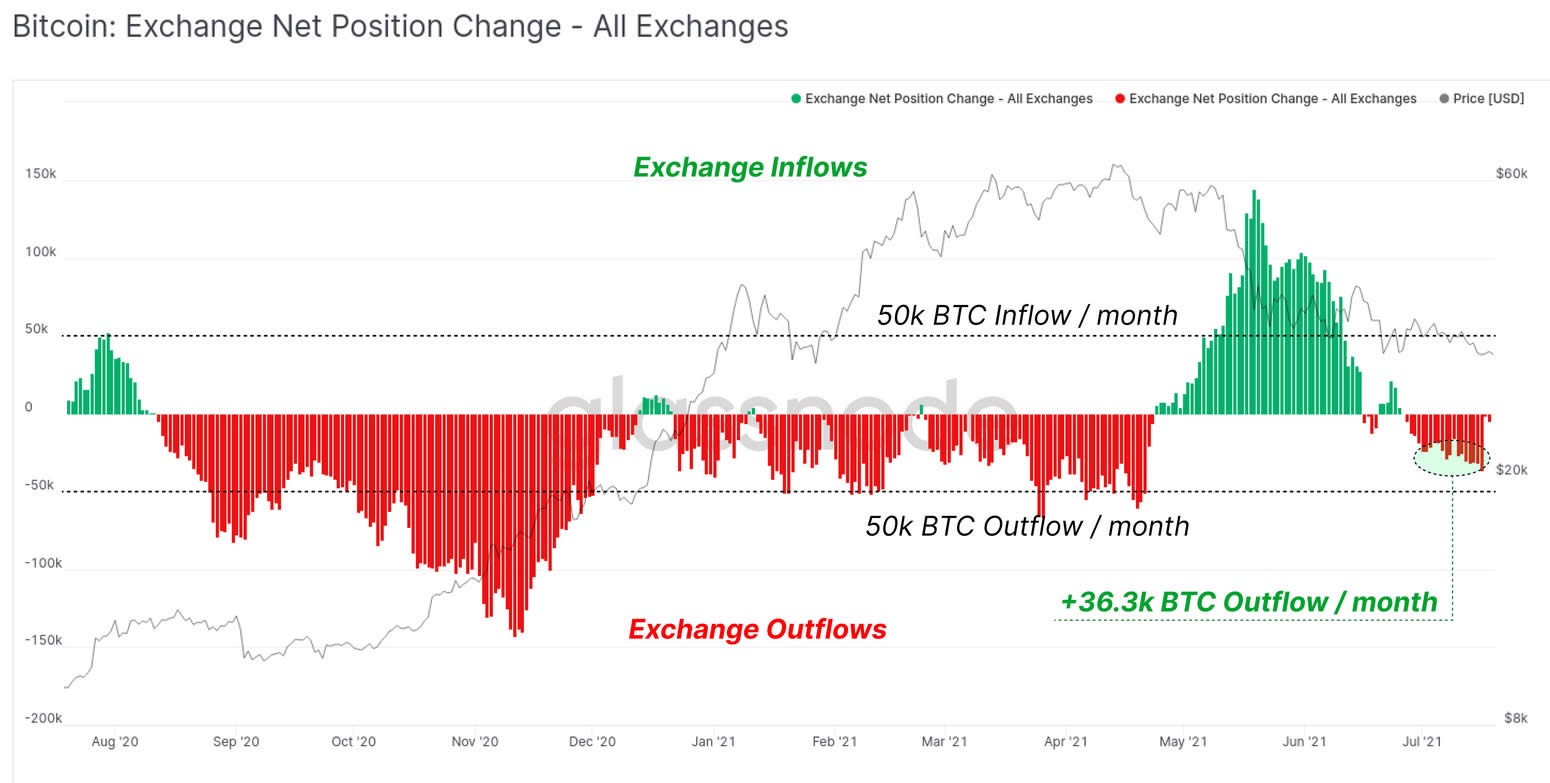 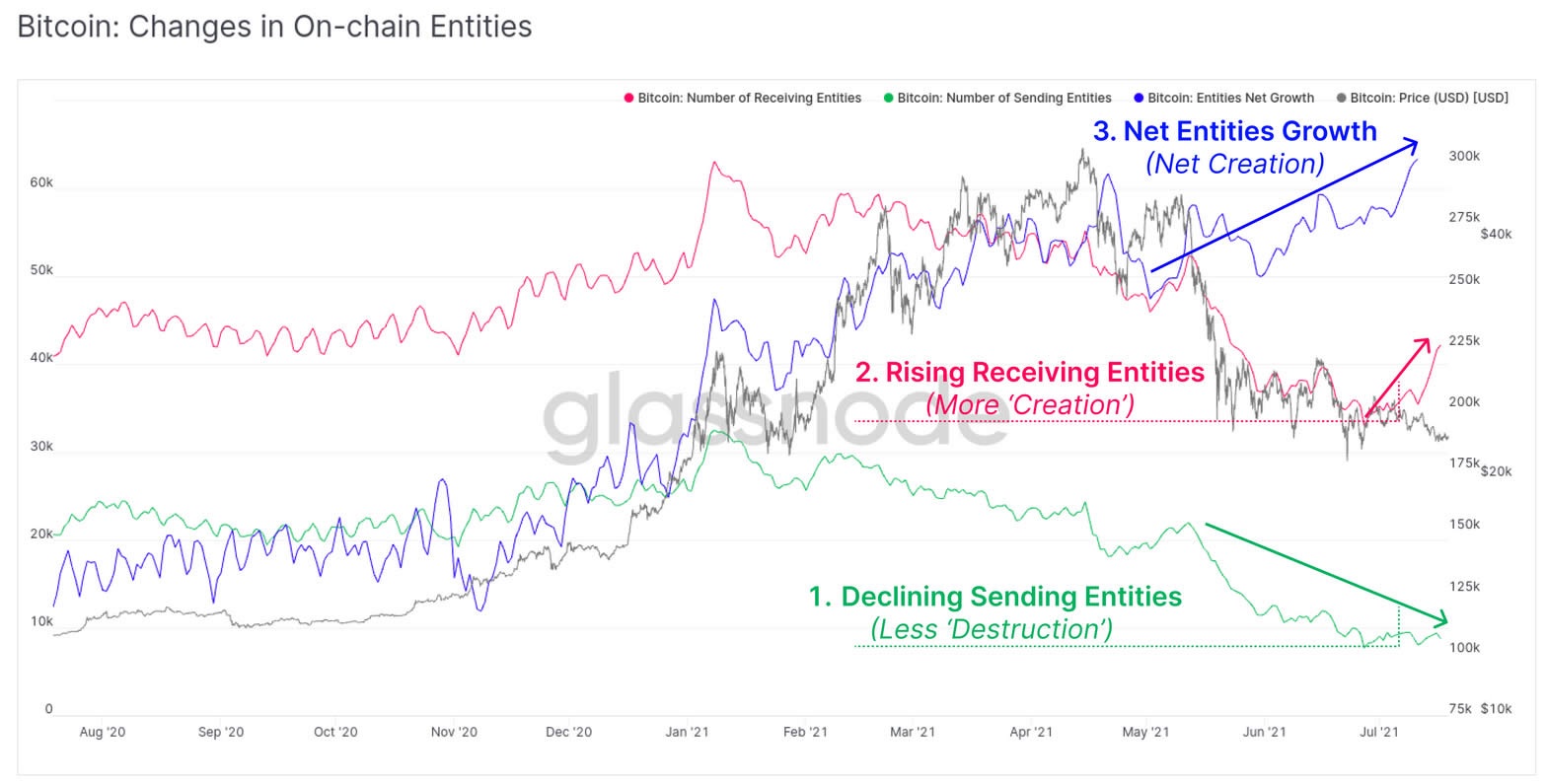 “We have a marketplace that is very split, with a potential increase in price fluctuation right around the corner corner.”

Inspite of the costs experienced in the big exodus in the aftermath of China’s mining clampdown, miners are currently in accumulation mode, according to the report. According to the miner net position variation statistic, over 3,300 BTC is now being accrued every month.