Bitcoin (BTC) has lost nearly all the gains made so far this year, with the price plummeting below $30,000. However, there is a ray of hope. The order book of the world’s largest cryptocurrency exchange by volume, Binance, reflects huge amount of buying support in the region.

For the past 24 hours, there has been unabated selling giving sleepless nights to Bitcoin hodlers. The numero uno crypto has lost 3.9% in the last 24 hours to trade at $29,615, almost at the level at which it opened this year.

Notably, the king of crypto had hit a low of $29,300 earlier today. Interestingly, Bitcoin had hit a new historical high of $64,500 just three months back.

Still there is some solace to inexperienced hodlers who feel jittery about the drop below psychological $30,000 level. According to “Material Scientist”, the founder of data provider Material Indicators, the BTC/USD is witnessing a huge demand.

The Material Scientist tweeted “We just hit the largest bid ever.” He further stated that it would take immense selling pressure to break the level and a rebound is highly probable.

However, there are pessimists who believe that Bitcoin would dip to $24,000 or even $14,000, also referred to as “Armageddon scenario.” Further study of Binance order book indicates that there is not much of a resistance between the current price and $35,000, implying a higher probability of a rebound.

While writing this article, Bitcoin was trying to stabilize at $29,700 levels. In the meantime, the recent data about investor activities related to Bitcoin is reflecting some crucial info.

Not looking to short.

Looking for good reasons to get long.

Notably, statistician Willy Woo has pointedout that even small investors are buying Bitcoin on dips, while large whales continue to divest. He said “Wee little fishies are going parabolic.” 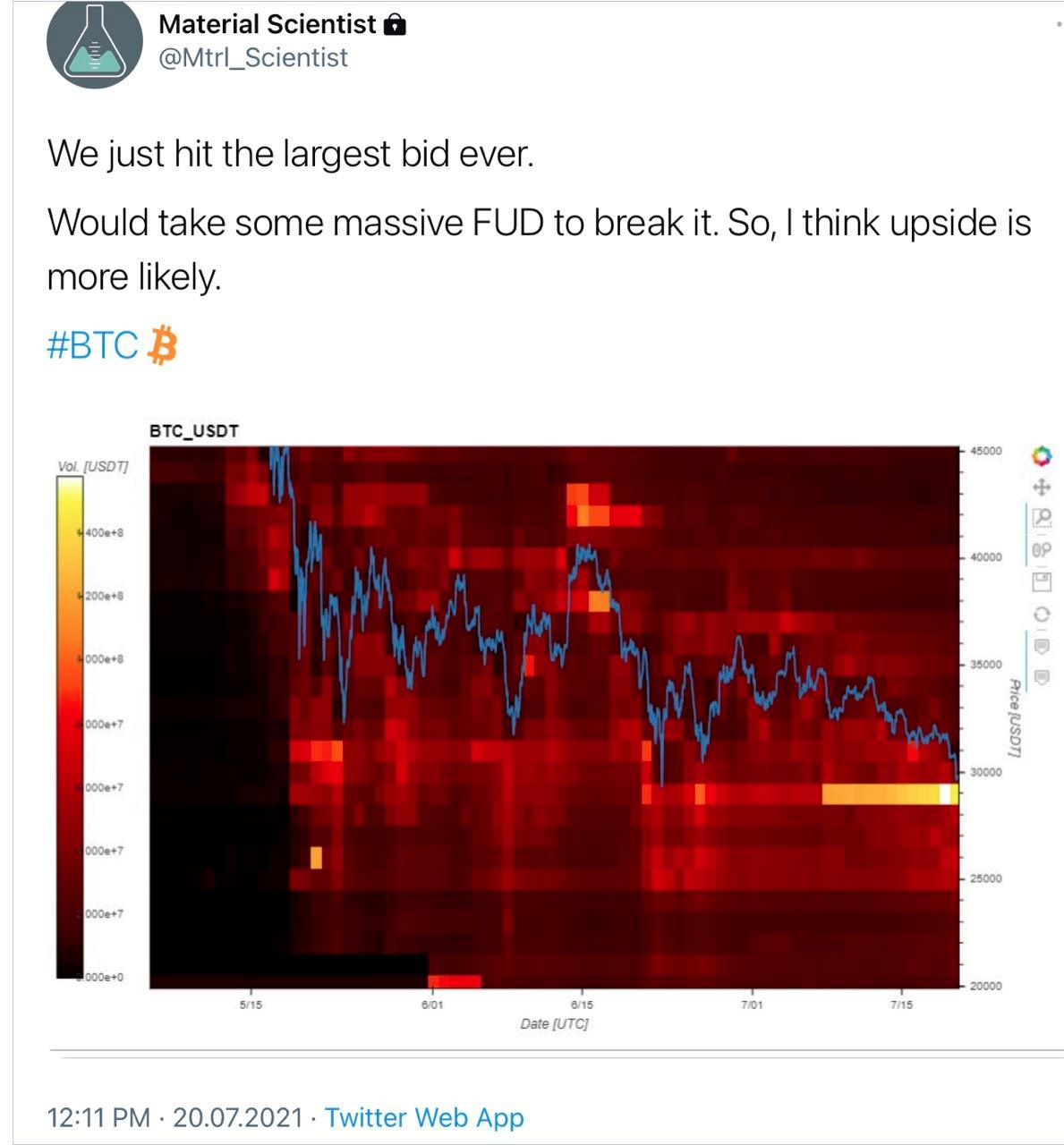 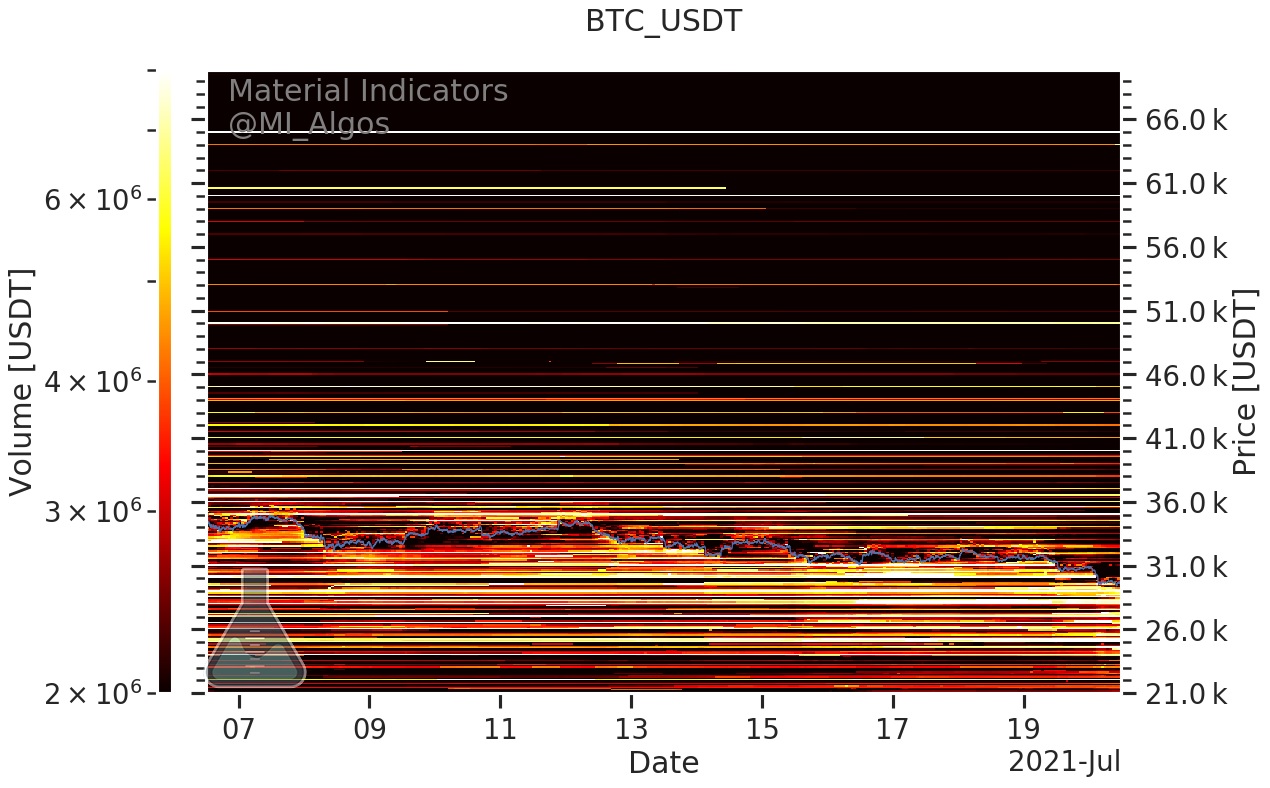 Furthermore, Willy stated provided the percentage of holdings with small investors (0-10 Bitcoins) versus large investors (100+ Bitcoins i.e., Dolphins to Humpback Whales). Bitcoin holdings data indicates that small traders hold roughly 32% of what the big investors own and it does not include holdings in the form of ETFs. So, according to Willy, the scenario looks much like 2013 rather than 2017 with respect to post-halving trend.

This is the ratio of supply held by holders of 0-10 BTC vs 100+ BTC (Dolphins to Humpback Whales).

PS. Little guys hold 32% of what the big guys hold, and that does even not include their loot on exchanges or ETFs. pic.twitter.com/SqQeuvxqTd