The worldwide computing power of the Bitcoin (BTC) network has plummeted dramatically when Kazakhstan’s Internet was taken down earlier this week amid a tragic revolt, affecting the nation’s rapidly-growing cryptocurrency mining business. The network hash rate of the number one cryptocurrency was 176.16M TH/s, down from 207.53 M TH/s on January 1, 2022.

As per the Cambridge Centre for Alternative Finance, Kazakhstan became the world’s second-largest Bitcoin mining centre last year behind the United States, after main hub China cracked down on cryptocurrency mining operations. Bitcoin was trading at 41,750 at the time of writing, down 3.2 percent in the previous 24 hours.

On Thursday, Russia rushed special forces to Kazakhstan to assist in putting down the national revolt that had erupted throughout the strictly controlled ex-Soviet territory. Police stated they had shot scores of rioters in Almaty’s major city, while state media reported that 13 members of the government troops had been slain. On Wednesday, the Internet was closed down throughout the country in what tracking site Netblocks described as a “national-scale Internet outage.”

The change would very certainly have prohibited Kazakhstan-based miners from entering the Bitcoin network. Bitcoin and other cryptocurrencies are generated or “mined” by high-powered processors, often located in data centres across the globe, which contest to solve hard mathematical riddles in a time-consuming and energy-intensive operation.

Kazakhstan represented 18% of the worldwide “hashrate” – crypto jargon for the quantum of computational power utilised by computers connected to the Bitcoin network – in August 2021, according to the most current statistics available. Before China’s current crackdown on Bitcoin mining last April, the percentage was just 8%.

As per statistics from mining business BTC.com, the hashrate at key cryptocurrency pools – teams of miners in various places that work together to mint Bitcoin – such as AntPool and F2Pool was down approximately 14 percent on Thursday at 1215 GMT from its rate late Tuesday.

However, a decline in hashrate isn’t always good for Bitcoin’s price. Bitcoin plummeted under $43,000 on Thursday, touching multi-month lows as investor demand for risky assets waned as the US Federal Reserve shifted more towards fierce policy measures.

The more miners on the Bitcoin network, the more computer power required to generate new Bitcoin. If miners leave the network, the hashrate reduces, making it simpler for the surviving miners to create new coins.

Kazakhstan’s cryptocurrency mining facilities are primarily powered by old coal plants, which, together with coal mines and whole cities developed around them, are causing problems for officials as they try to de-carbonize the country.Back in 2021, the Kazakh government said that it intended to clamp down first on unregistered “grey” miners, who it thinks use twice as much electricity as “white” or formally registered miners.

According to Kazakhstan’s energy ministry, “grey” mining might use up to 1.2 GWt of electricity, which, when combined with “white” mining’s 600 MWt, amounts to nearly 8% of Kazakhstan’s entire generating capacity. The nation’s rebellion started with demonstrations in the western part of the country over a gasoline price increase on New Year’s Day. 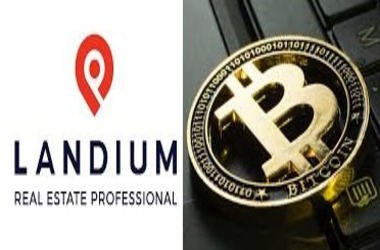