Even though Bitcoin (BTC) has fallen 2.54% today, falling deeper below $40,000, on-chain data is very positive. According to CryptoQuant statistics, Bitcoin’s over-the-counter (OTC) activities have increased substantially.

The OTC transactions indicate that large amounts of Bitcoin are being purchased by high-net-worth individuals or institutions. In OTC transactions, cryptocurrency exchanges do not serve as intermediaries between buyers and sellers.

“Someone is purchasing a lot of $BTC,” says CryptoQuant CEO Ki Young Ju. “99% of trades take place outside crypto exchanges. OTC transactions are possible. Bears may be in danger if major names reveal their purchases. But I’m not confident about near-term price movements.”

According to all-exchange statistics, fund inflows have reached a two-year nadir. On August 1, a huge $131 billion was transferred from the crypto exchanges. This obviously demonstrates that major actors have joined the fray.

The latest Bitcoin withdrawals occurred even as Bitcoin was trading more than $42,600 levels during the weekend. Ever since, the Bitcoin price has fallen by over 10%, and it is now trading below $39,000.

Bitcoin has been behaving erratically in recent weeks. Its pricing has exhibited some dramatic fluctuations in the $30,000-$40,000 area. Even though BTC price has passed the $40,000 barrier many times, it has not been able to sustain above that for an extended period of time.

Glassnode, prominent on-chain data source, provides some intriguing Bitcoin statistics. According to Glassnode, approximately 100,000 Bitcoins were transferred off of exchanges last month. From November 2020, this is the biggest Bitcoin outflow from controlled exchanges.

More than 40,000 Bitcoins have been removed from the exchange in the past seven days. According to the Glassnode study, “asset level held have now reverted to the 2021 lowest point of 13.2% of floating supply with respect tothe collective balance still maintained on exchanges. This is almost a complete reversal of the large influx volume seen after the May liquidation.”

Surprisingly, the study highlights the movement of money between two of the major cryptocurrency exchanges, Coinbase and Binance. Coinbase has had substantial withdrawals throughout the whole of this year. Simultaneously, Binance has received significant inflow in 2021.

For July, nevertheless, the game was turned upside down. According to Glassnode, Binance saw a cumulative outflow of 37.5K BTC in the previous week. Coinbase, on the other hand, reported net inflows of 30K BTC in the previous month. However, Bitcoin’s on-chain activity remains near record lows: 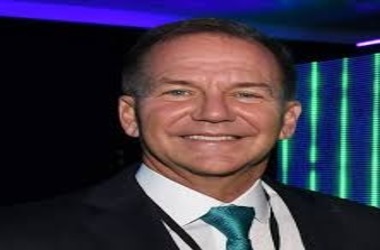