The IOTA blockchain network has witnessed a successful accomplishment! The Federal Ministry of Economy and Energy (BMWI) of Germany have chosen IOTA’s Tangle as the main technology for its SUSEE Project. Tangle, a prominent IOTA blockchain data format, will enable the SUSEE intelligent energy sensor network. As a consequence, IOTA will finance non-nuclear study under the 7th Energy Research Program “Innovations for the Energy Transition.”

In addition, IOTA’s Tangle data service will link with hundreds of sensors to ensure efficient energy relay. A prototype model for smart metering systems is used in the SUSEE project. In addition, it offers a “scalable system for dependable and safe data transmission and processing in sensor networks.”

The SUSEE initiative seeks to provide successful outcome to other sectors in addition to improving the energy industry. “Guaranteeing data integrity and data administration encrypted and safely straight from the surface is the fundamental DNA of IOTA,” said Holger Köther, Director of Partnerships at the IOTA Foundation. “I am excited to be part of a group of several innovative companies to show how IOTA is being utilized as a security and trust layer for future applications where a decentralized robust IT framework against assaults is critical.”

Several parties are involved in the SUSEE initiative. The IOTA Foundation is working with various transmission network, academic institutions, and others on this project. SUSEE is a venture that centers on smart metering solutions.

According to the formal release:

“This system will be built on the IOTA distributed ledger system, the LoRaWAN wireless network framework, and the self-configuring WiBACK backhaul platform. The initiative will adhere to the German Federal Office for Information Security (BSI) benchmarks.”

The IOTA foundation has been engaged in a number of initiatives that address various industry needs. IOTA partnered with the GAIA-X alliance in June, assisting in the development of Europe’s futuristic cloud framework. In addition, the GAIA-X collaboration has obtained a license to function in Germany. The Europe’s economic powerhouse has some of the most stringent compliance rules in the world.

The Foundation also collaborated with a Kenyan company in July to introduce digital commerce to East Africa. The collaboration will assist Trademark East Africa in replacing the time-consuming physical document-based initiatives in the country’s monetary base. The two parties will launch an optimal electronic payment network based on IOTA’s Tangle ledger data model.

Surprisingly, IOTA is also making inroads into the fast expanding NFT sector. While lowering the entrance hurdle for fresh market players, the IOTA Foundation launched its NFT platform. The NFT platform had a strong start, with 966 users, 273 creators, 508 generated NFTs, and 3,700 completed bids. 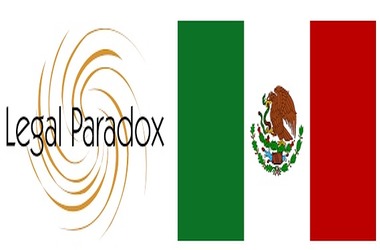