Bitcoin’s rise came to a halt Tuesday at the $57,000 mark, despite continuing predictions that the biggest cryptocurrency might revisit the historic highs set earlier in 2021. As of 11:05 a.m. in Hong Kong, the cryptocurrency was down roughly 1% to $56,700, while the broader Bloomberg Galaxy Crypto Index was down slightly.

Bitcoin is up 90% from its July low and is closing in on its mid-April high of over $65,000. Many explanations have been given for the current rally, as has been done in previous rallies. They include lessening worries about regulatory measures in the United States and China, as well as indications of a recovery in computer power dedicated to Bitcoin mining.

Optimism is also rising regarding the possibility of a Bitcoin exchange-traded fund being approved by the Securities and Exchange Commission in the United States.

“Bitcoin will probably require new trigger to hit $60,000, but if that occurs fast, historic highs may not be far away,” said Edward Moya, senior market analyst at Oanda Corp., in a report.

Bitcoin’s relative strength index is at 70, indicating that it is approaching overbought zone. During the same period, the digital currency is prone to unpredictable swings that may stomp on even the most diligent attempts to forecast its future. Meanwhile, JPMorgan Chase & Co. Chief Executive Officer Jamie Dimon said that cryptocurrencies would be regulated as Washington becomes concerned about stablecoins and the asset class in general.

“Blockchain can be real, and stablecoins can be real,” Dimon stated during the Institute of International Finance’s annual membership conference, which was essentially repeated this year. “Regardless of what anybody in the room, any liberal, or anyone else feels about it, government is going to control it.”

As per a study by crypto currency data company CryptoCompare, spot trade volumes increased 6.2% to $2.5 trillion in September, despite a drop in cryptocurrencies, with bitcoin (BTC) and ether (ETH) values falling 7.1% and 12.6%, respectively. When bitcoin reached its all-time peak in April 2021, volume reached approximately $3.8 trillion.

On September 7, the day maximum of $161.6 billion was traded, a 54.2% increase from the intra-month peak set in August. During the entire month, Ether competitors had varied results, with Solana maintaining its upward trajectory, gaining 30.4% over its August gains.

Cardano, on the contrary, dropped 23.6% after the Alonzo update, which added smart contracts to the platform.

In a recent report, CryptoCompare has pointed out that “Even though the large percentage of crypto currencies continued to fall all across September, good news came at the end of the month when Jerome Powell (US Fed chair) revealed that the Federal Reserve has no plans to prohibit cryptocurrencies and Twitter introduced the cryptocurrency tipping feature for all users.”

Notably, China’s prohibition of bitcoin transactions had little long-term impact on cryptocurrency markets. According to the study, the aggregate number of Bitcoins exchanged into fiat or stablecoins across all exchanges was 6.9 million BTC in September, the lowest level since April 2021. (6.8 million BTC).

This was a 0.5% decline from August and a 76.5% decrease from the all-time peak of 29.5 million BTC in March last year. The actual quantity of BTC exchanged is heavily affected by Bitcoin’s price; as a result, Bitcoin traded into fiat or stablecoin is still considerably lower than the levels seen in May 2021 (11.3 million BTC), when Bitcoin’s price hit an all-time peak.

Coinbase, BeQuant, and FTX followed, with $130 billion traded (up 34.5 percent), $111 billion traded (up 1.8 percent), and $86.6 billion traded (up 41.7 percent), respectively. Top-tier exchanges are ranked by CryptoCompare “or ‘lower-tier’ based on criteria such as location, legal/regulatory evaluation, investment, and market quality, to name a few. Nevertheless, cryptocurrency derivatives volumes rose by 1.2% to $3.5 trillion in September. 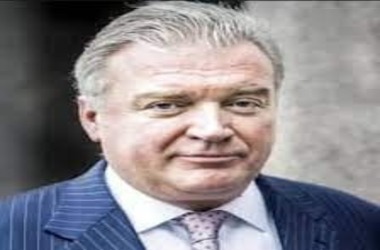