Blockchain.com, a Bitcoin (BTC) wallet and exchange website, has announced the launch of margin transactions. Blockchain.com mentioned in a blog post published on Tuesday that Bitcoin margin trading has been a frequent demand from users since the debut of its exchange service two years back.

The platform will introduce margin trading for the Bitcoin-US dollar (BTC/USD) pair with a maximum of 5x leverage, as per the announcement. Users in roughly 150 countries will benefit from the exchange’s Bitcoin margin trading facility, with notable exceptions of Italy, France, Canada, and the United States. Also, Japan, Germany, Austria, the United Kingdom, and the Netherlands are also exempt.

As per Tuesday’s announcement, only gold-verified clients with full identity verification will be able to utilize the margin trading facility. The announcement stated that daily carry forward charges on open positions (margin trading) would be 0.12%, which is comparable to 0.02% per four hours.

The introduction of margin trading is the recent achievement for Blockchain.com since it expanded its product offering to include cryptocurrency exchange facilities.

In August, the platform stated that it had reached $1 trillion in cryptocurrency transactions and that it was considering an initial public offering (IPO) by 2023. Blockchain.com’s IPO proposals are a portion of a growing trend of exchanges and other cryptocurrency businesses contemplating public listings, similar to Coinbase.

Kraken and Circle, for example, are both evaluating public stock exchange listings. The wallet and exchange platform also held a number of fundraising sessions earlier this year and was valued at $5.2 billion as of March.

According to reports, Blockchain.com used the funds to expand its institutional business. Particularly, Blockchain.com collaborated with Unstoppable Domains in June to start introducing username-based trades to 32 million vetted customers. 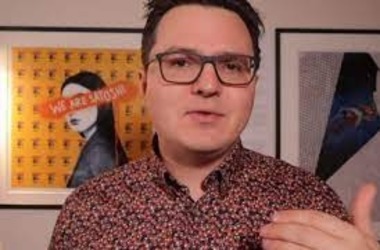