Stocks soared then fell on Friday as traders absorbed the latest US job statistics. Bitcoin quickly followed suit, making roughly identical movements. The world’s biggest digital currency fell as much as 3.4 percent throughout the day, trading about $54,960, or 20% below recent record highs. On Saturday, Bitcoin continued its downtrend and hit a low of about 41,600, reflecting a loss of about 20% in a week. On Friday, the US equities also sank, with the S&P 500 Index down 1.1 percent in New York at 1:10 p.m.

Bitcoin and the stock market have often traded in lockstep in recent weeks. Indeed, Bitcoin’s 100-day correlation coefficient with the S&P 500 is 0.33, one of the highest values this year. Bitcoin has long been hailed as an asset that is decoupled from regular financial markets by proponents. A coefficient of one indicates that the assets are moving in lockstep, while a coefficient of negative one indicates that they are going in opposing directions.

“The cryptocurrency sector views Bitcoin as a very low-risk investment. Additionally, it considers some of the other currencies as a higher-risk alternative. However, when we take a step back, the rest of us see Bitcoin as a high-risk investment in the larger financial landscape,” Liz Young, head of investment strategy at SoFi, said. “So it’s all up to your viewpoint and degree of comfort.”

Bitcoin is having a difficult week and is on track to register its fourth consecutive day of declines. Numerous traders have looked to technical indicators for guidance on the stock’s next possible move. Bitcoin is now challenging its 100-day moving average, while Ether, the second-largest digital currency, is testing its 50-day moving average.

If those critical levels are breached, investors may face more suffering. Despite recent setbacks, Bitcoin is still up over 100% year to date. And crypto bulls remain confident, predicting that Bitcoin – and other cryptocurrencies – may still surge substantially until the end of the year. 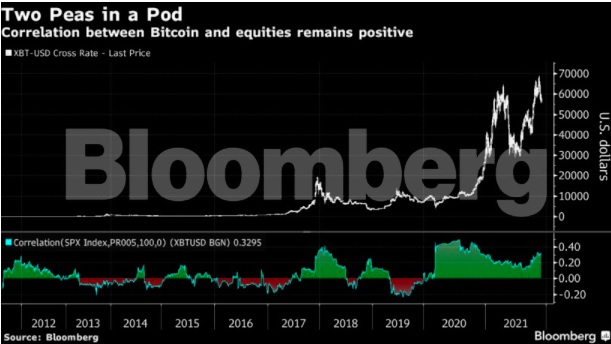 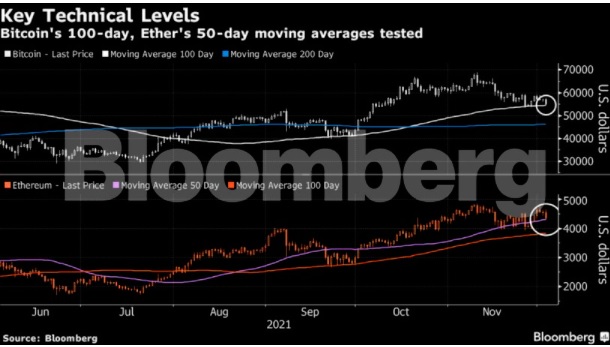 Messari CEO and co-founder Ryan Selkis has released a new paper outlining his expectations for 2022; he believes that traders may use certain basic studies to obtain a sense of Bitcoin’s next likely swings. One is the market-value to realized-value measure (or MVRV), which is a ratio of the free-float Bitcoin market cap to the realised value, which aggregates the market value of each coin according to the last time it moved on the blockchain.

The gauge demonstrates that the market capitalization may remain constant while the realized metric increases — and vice versa. Selkis jokes that if the measure goes below 1, he should “sell a kidney or a baby to purchase.”

What would it imply in monetary terms if history were to repeat itself? If we achieve an MVRV of 3 once more this year, we will be in the $100,000-125,000 bracket. Selkis wrote, “Not bad!” “The monarch has no genuine adversary.”