CME’s Micro Bitcoin futures contract has so far topped 1 million contracts traded since its debut on May 3, according to the Chicago-based derivatives exchange. Tim McCourt, a CME official, stated that the new investment vehicle has been well received by institutions and day traders looking to mitigate their Bitcoin price risk in the short term.

The micro agreement is one-tenth the size of a Bitcoin and is priced in BTC. CME’s primary Bitcoin futures contract unit is 5 BTC, in contrast. “We’ve seen more institutional traffic than we expected, indicating that the moment was appropriate for a relatively small bitcoin contract,” said Brooks Dudley, ED&F Man Capital Markets’ global head of virtual currencies.

As per CoinShares statistics, institutions have cut their long-term exposure to Cryptos during the recent slump, with withdrawals totalling $79 million past week. Long-term investors who are confident in the long-term potential of their investment are scooping up freshly minted BTC.

The level of activity in the futures market indicates that traders are covering their holdings, gambling on Bitcoin’s short-term trend, or perhaps both. While futures trading have boosted institutional Bitcoin ownership, it has now become a cause of concern for spot traders. 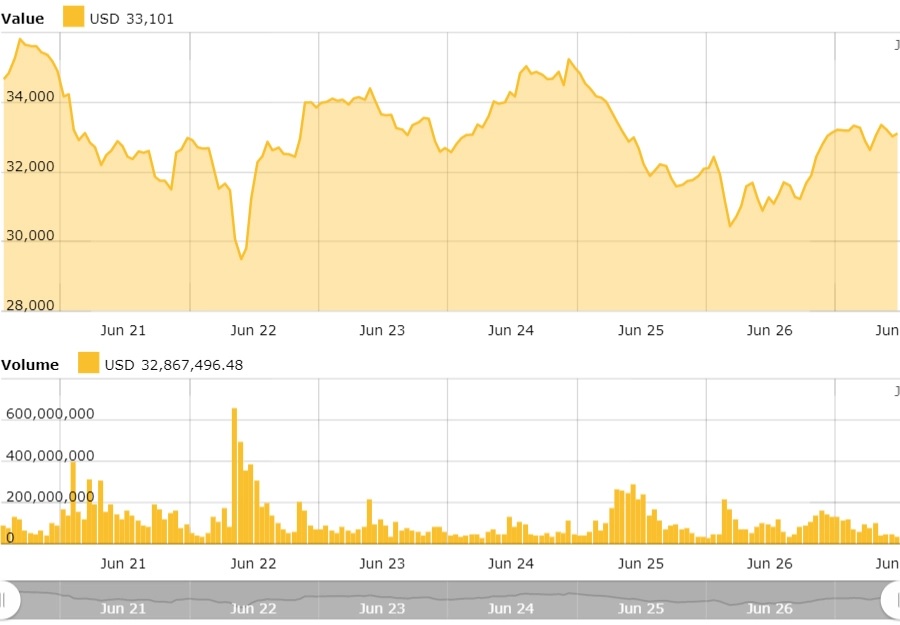 The BTC price declined 13.6% peak-to-trough on June 24-26, indicating huge volatility in the second part of the week.