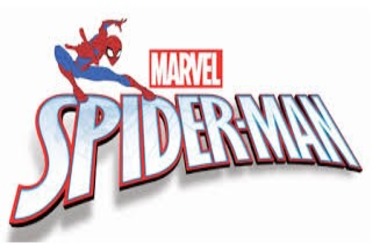 Marvel Entertainment has teamed up with Orbis Blockchain Technologies of New Zealand to offer non-fungible tokens (NFTs) via the VeVe Digital Collectibles app. Digital memorabilia, 3D sculptures, and digital comic books will all be available at the NFTs.

Notwithstanding the mainstreaming of screen entertainment over the past twenty years, the physical comic book business is still valued $7.14 billion globally. In the United States, Marvel, which is owned by Disney, represents 34% of comic book sales.

The collections component of comic books and hero cards is among the major characteristics of the Marvel Universe. Fans all across the world have already been collecting physical comic books, with the most costly selling for $1.26 million in 2019.

Given present market conditions, Marvel’s entrance into the digital artifacts industry is unsurprising. This nascent NFT market has the potential to produce a new series of items for fans to acquire, as well as new cash sources for Marvel via royalties.

DC Comics, which owns names like Batman and Superman, is already supported by the VeVe app. Gems, the app’s money, may be used to purchase NFTs. Fans may purchase Gems via credit card in-app purchases, making the experience less daunting for those unfamiliar with cryptocurrency. Marvel and VeVe want to create a whole atmosphere for fans centered on digital collectibles.

Via the app’s many capabilities, fans will be able to display their possessions in virtual storefronts and exchange photographs and videos with the fan base.

“Collecting has often long been associated with someone who is a Marvel fan since the start,” said Dan Buckley, President of Marvel Entertainment. ”VeVe, like us, recognizes that collecting is mostly about the adventure as it is about the item, and we intend to continue to provide that pleasure to our supporters in the years ahead.”

VeVe’s goal is to create a digital version of the physical realm of collecting. From December, the business has shipped over 580,000 NFTs and has over 340,000 users. Veve has also said that this will be the first carbon-neutral NFT platform, minting 100% carbon-neutral NFTs. To do so, the company donates to environmental charities and employs distributed ledger technology, which are more eco-friendly than other solutions.

In the meantime, Sonic’s parent company, SEGA, has teamed up with the blockchain gaming firm double jump. Tokyo is planning to create digital artifacts based on its intellectual property. Mattel, the firm behind Barbie and Hot Wheels, views NFTs as a way to extend its product range, and Fox is planning an animated series based on the technology.