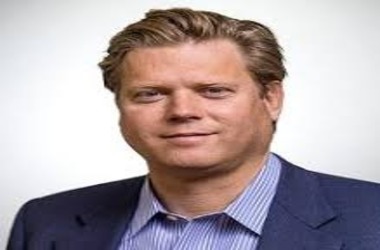 While speaking on the Fast Money program on Monday, Cornerstone Macro’s chief market technician Carter Worth cautioned that the Bitcoin’s nadir is far away from the current level.

Studying the latest price movements and matching it will earlier bottom of Bitcoin, Worth stated that prevailing levels at about $45,000 refect the peak of a support zone.

Collectively he said “Were we to go down 55%, we’d be in the lower end of support. I think we’re in support — it’s fighting, but my hunch is it goes lower.”

Notably, a 55% decline from prevailing all-time peak implies that BTC/USD will hit its bottom at slightly over $29,000.

This is a notable reference level, as 55% denotes the average of each major price decline of over 30% in the past decade. As pointed out by Twitter users, nevertheless, his assessment include incidents such as the 80% drop from all-time peak in 2017, a pattern that needed more than a year to unravel.

Eliminate them and the average is around 36%, almost near to where the BTC/USD pair reversed earlier this week. The sentiment in mainstream news channels on cryptocurrency market has turned cautious against the backdrop of the statement made by Tesla CEO Elon Musk on Bitcoin.

In addition to that, the price volatility of COIN (ticker symbol of Coinbase stock) implies that analysts have bearish view of the market following months of unexpected market rally. Nevertheless, professional analysts in the crypto market are not worried and have once again underlined that the long-term price trend is intact.

On the basis of various market indicators, some of them believe that the next round of rally will begin soon. Earlier on Monday, PlanB, developer of the stock-to-flow BTC price model, went ahead to give his opinion on the Musk saga.

With respect to the below chart, he issued the following comment:

Given current fluctuations, the perceived valuation reflects the price for which the entire Bitcoin industry purchased BTC.