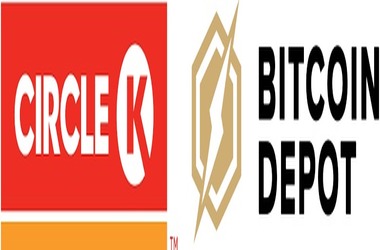 The world’s biggest Bitcoin ATM owner has announced that it would start having a presence in Circle K stores across the United States and Canada. As part of a larger collaboration, Bitcoin Depot said today that over 700 of its Bitcoin ATM machines are now operational in Circle K convenience shops in 30 states. The development, according to the crypto ATM distributor, may pave way for financial inclusion to underprivileged regions and draw more individuals to the crypto ecosystem.

“We have seen cryptocurrencies acquire widespread adoption by financial managers and investment businesses in the past year, but what about the individuals who may not have access to those facilities?” says Alona Lubovnaya, the director of product at Bitcoin Depot. “ATMs at Circle K give a convenient onramp for the financially excluded and less privileged, not only those with a financial adviser,” says the author.

Clients may buy over 30 different kinds of cryptocurrencies, including Bitcoin (BTC), Litecoin (LTC), and Ether (ETH), at the firm’s 3,500+ crypto ATMs across the United States and Canada, according to the company (ETH).Circle K is owned by Alimentation Couche-Tard, a Canadian company that owns 7,150 shops in the United States and 2,111 in Canada.

In 2020, Bitcoin Depot said that it was halting operations in certain high-risk locations because to the ongoing epidemic. Notwithstanding the spike in COVID-19 cases and fatalities, the firm has stated that services have been reinstated to all sites in the US.

In recent times, the count of crypto ATMs across the world that allows users to exchange fiat currency for cryptocurrency has increased considerably. CoinATMRadar data reveals that there are about 24,000 crypto ATMs in 75 countries, ranging from Kazakhstan to Australia. The large proportion — over 20,000 — is based in the United States.

Lubovnaya stated, “Our aim is to Bring Crypto to the Public.” “We will strive to do this in the future with major partner additions.”