Cryptocurrency investors are getting a respite on Friday, with Bitcoin prices surging 10% after hitting the lowest levels since late 2020. The current selloff was prompted by tension spilling over from the stock market and fuelled by the implosion of a stablecoin that was intended to be depended upon when the rest of the tokens dropped in value. It has been a difficult week for crypto assets, and it has been a difficult year overall.

As the week came to a close, though, it seemed that the worst of the situation was behind them, at least for the time being. And if holders of Bitcoins are heaving a sense of relief right now, owners of “meme coins” could be jumping for joy right about now. Dogecoin and Shiba Inu saw gains of 20 and 30 percent, respectively, during the recent cryptocurrency surge. These gains place them among the top gainers in the market. 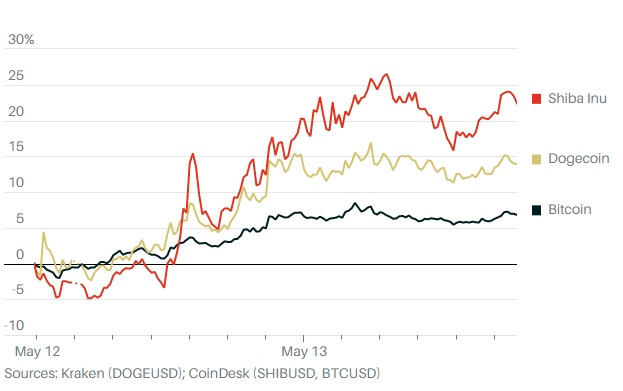 Tokens such as Dogecoin and Shiba Inu have had meteoric rises in prominence over the last year and receive cult-like levels of community support. These tokens are referred to as memecoins since they were first conceived of as online jokes rather than important blockchain initiatives. 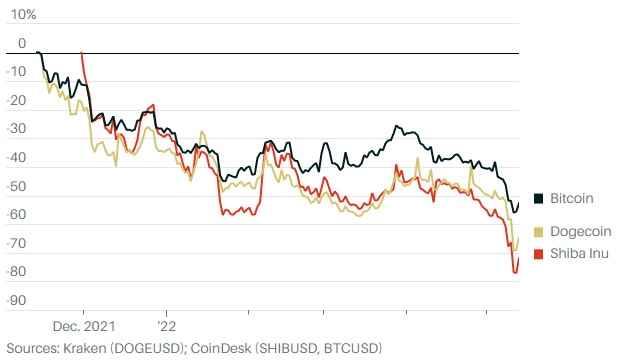 However, while showing strong increases on Friday, both tokens continue to trade at significant losses over the course of the longer term.