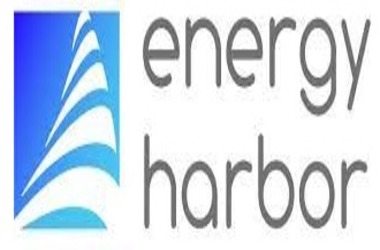 Energy Harbor Corporation (EHC) has announced the signing of a five-year agreement with Standard Power to build an environmentally sustainable Bitcoin mining facility. The latter is a popular choice for cryptocurrency mining firms looking for establishing their mining operations. The carbon-free energy provider will power a bitcoin mining facility in Coshocton, Ohio.

The scale of the mining facility and the amount of energy it would require are still to be revealed by the parties involved. Energy Harbor, on the other hand, has claimed that it can assure that almost all of the endeavors are powered by sustainable power. The Bitcoin mining plant will start getting sustainable power sometime in 2021, as per a press release issued by Energy Harbor.

China’s assault on bitcoin miners has intensified. These rules have been implemented in order to comply with global contracts on carbon emissions and to reduce “financial risk.” As a result, Bitcoin miners have already been forced to relocate their facilities to more crypto-friendly locations, such as the United States.

Some, firms on the contrary, see this as a commercial opportunity as they build up sustainable energy mining operations. Such activities have become more common, particularly since Tesla CEO Elon Musk questioned Bitcoin’s large carbon footprint. Musk also refused to accept Bitcoin as payment for the vehicles manufactured by his factory -Tesla EVs – triggering a huge sell off in May.

If 51% of Bitcoin mining is done using sustainable energy, the tycoon indicated he would reevaluate his stance. “We picked Ohio for its cheap power prices combined with the presence of carbon-free energy sources,” said Standard Power CEO Maxim Serezhin. We have strategically organized our hosting abilities by collaborating with Energy Harbor to secure 100% of the power connected with this plant is carbon-free.”

Ohio is also a good place for miners because of its cryptocurrency-friendly legislation. In August 2018, its governor, John Kasich, approved a measure making blockchain transactions admissible in state courts.

Furthermore, Ohio authorized Bitcoin as a means of tax payment in November 2018. The Proof-of-Work (PoW) mining algorithm has diminished the appeal of altcoins that use the similar reward method. While conducting a New York Times DealBook conference, US Treasury Secretary Janet Yellen chastised Bitcoin mining, saying, “It’s an incredibly inefficient method to conduct transactions, and the amount of energy spent in those transactions is astonishing.”

The Bitcoin Mining Council is working to improve public awareness of Bitcoin while also supporting environmentally friendly mining processes. MicroStrategy CEO Michael Saylor is a supporter of the organization, which was founded by numerous North American miners.

The Council has released figures challenging the worrisome data presented by lawmakers in order to turn it into a yardstick for the bitcoin mining sector. According to one of their results, “mining electricity mix climbed to 56% renewable in Q2 2021, making Bitcoin one of the greenest sectors in the global economy,” as tweeted by Saylor.